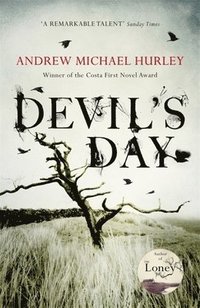 av Andrew Michael Hurley
Häftad Engelska, 2017-10-19
169
Köp
Spara som favorit
Specialorder (osäker tillgång). Skickas inom 11-20 vardagar.
Fri frakt inom Sverige för privatpersoner.
Finns även som
Visa alla 5 format & utgåvor
All stories in the valley have to begin with the Devil . . .After the blizzard of 1913, it was weeks before anyone got in or out. By that time, what had happened there, what the Devil had done, was already fable.Devil's Day is a day for children now, of course. A tradition it's easy to mock, from the outside. But it's important to remember why we do what we do. It's important to know what our grandfathers have passed down to us.Because it's hard to understand, if you're not from the valley, how this place is in your blood. That's why I came back, with Kat, and not just because the Gaffer was dead.Though that year we may have let the Devil in after all . . .
Visa hela texten

Andrew Michael Hurley has lived in Manchester and London, and is now based in Lancashire. His first novel, The Loney, was originally published by Tartarus Press as a 300-copy limited edition, before being republished by John Murray. It went on to sell in twenty languages, win the Costa Best First Novel Award and Book of the Year at the British Book Industry Awards in 2016, and is in development as a feature film. Devil's Day is his second novel.