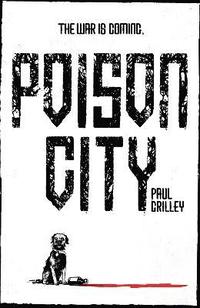 av Paul Crilley
Inbunden Engelska, 2016-08-11
239
Köp
Spara som favorit
Finns även som
Visa alla 2 format & utgåvor
'Blazes with pace and wit - Crilley has produced a real page turner' Ed McDonald, author of BLACKWING Perfect for fans of Ben Aaronovitch and Jim Butcher. The name's Gideon Tau, but everyone just calls me London. I work for the Delphic Division, the occult investigative unit of the South African Police Service. My life revolves around two things - finding out who killed my daughter and imagining what I'm going to do to the bastard when I catch him. I have two friends in my life. The first is my boss, Armitage, a fifty-something DCI from Yorkshire who looks more like someone's mother than a cop. Don't let that fool you. The second is the dog, my magical spirit guide. He talks. He's an alcoholic. And he's a mean drunk. Life is pretty routine - I solve crimes, I search for my daughter's killer. Wash, rinse, repeat. Until the day I'm called out to the murder of a ramanga - a low-key vampire. It looks like an open and shut case. There's even CCTV footage of the killer. Except... the face on the CCTV footage? It's the face of the man who killed my daughter. And that's just the beginning of the trouble I'm about to get into.
Visa hela texten

Crilley's magical world ain't kid stuff. If you like your spellcraft dangerous, exhilarating, and chillingly double-edged, look no further. * Becky Chambers, author of THE LONG WAY TO A SMALL, ANGRY PLANET on POISON CITY * Steeped in sun, sin, whiskey and magic, I devoured Poison City. Rarely has policing the impending apocalypse been so awesome. Sequel now! * Claire North on POISON CITY * A sarcastic, demon-fighting cop with magic dragon tattoos and an alcoholic talking dog as a sidekick... Poison City is everything you never knew you wanted in a book. Buy it now! * Krysten Ritter on POISON CITY * An early Tarantino version of an urban fantasy... The war is coming, says the cover; given this first battle, it's going to be one hell of a ride. * Starburst on POISON CITY *

Paul Crilley is a Scotsman adrift in South Africa and has been writing professionally for the past 17 years. In that time he has worked on over thirteen television shows, one of which was nominated for an international Emmy award. He has worked with Fox Television, written ten novels, worked on five computer games, and is currently making his way in the comic book field. (He conceptualized the entire story and wrote three issues of the six issue comic book mini-series, X-Files: Conspiracy, where he had to come up with a story that brought The Transformers, Ghostbusters, The Teenage Mutant Ninja Turtles, and The Crow into one coherent story. He recently completed an X-Files novella and a Hardy Boys novel. Poison City is his debut adult novel.