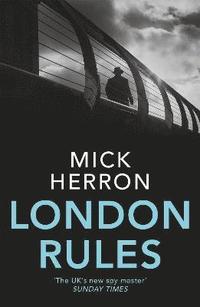 av Mick Herron
Häftad Engelska, 2018-08-09
169
Köp
Spara som favorit
Finns även som
Visa alla 2 format & utgåvor
*Soon to be a major TV series starring Gary Oldman* 'The best thriller writer in Britain today' Sunday Express At Regent's Park, the Intelligence Service HQ, its new chief Claude Whelan is learning the job the hard way. Tasked with protecting a beleaguered Prime Minister, he's facing attack from all directions: from the showboating MP who orchestrated the Brexit vote, and now has his sights set on Number Ten; from the showboat's wife, a tabloid columnist, who's crucifying Whelan in print; and especially from his own deputy, Lady Di Taverner, who's alert for Claude's every stumble. Meanwhile, the country's being rocked by an apparently random string of terror attacks. Over at Slough House, the last stop for washed up spies, the crew are struggling with personal problems: repressed grief, various addictions, retail paralysis, and the nagging suspicion that their newest colleague is a psychopath. But collectively, they're about to rediscover their greatest strength - making a bad situation much, much worse. 'Mick Herron is the John le Carre of our generation' Val McDermid 'Dazzingly inventive' Sunday Times
Visa hela texten

The new spy master * Evening Standard * The new king of the spy thriller * Mail on Sunday * The best modern British spy series * Daily Express * Dazzingly inventive. Superbly orchestrated . . . Lamb - the most fascinating and irresistible thriller series hero to emerge since Jack Reacher * Sunday Times * He's been called the heir to Len Deighton - and Mick Herron's latest mordantly funny espionage novel only backs that up * Sunday Times * London Rules confirms Mick Herron as the greatest comic writer of spy fiction in the English language, and possibly all crime fiction * The Times * Le Carre looks sugar-coated next to the acid Slough House novels . . . as a master of wit, satire, insight and that very English trick of disguising heartfelt writing as detached irony before launching a surprise assault on the reader's emotions, Herron is difficult to overpraise * Daily Telegraph * Addictive . . . I cannot recommend these books strongly enough * Nick Lezard, The Spectator * The fifth instalment of the award-winning Jackson Lamb series is witty, sardonic and laugh-out-loud funny yet also thrilling and thought-provoking . . . Herron has often been compared with spy thriller greats John le Carre and Len Deighton but it is time he was recognised in his own right as the best thriller writer in Britain today. In a series that never lets its fans down, London Rules is the best instalment yet * Sunday Express, ***** * It is, as ever, a joy to return to this world: there is a warm, wise, amused depth to Herron's writing, which shines a stark light on the atrocities he describes. He's also horribly funny * Observer * Superb new Jackson Lamb thriller * Irish Times * Mick Herron is the John le Carre of our generation * Val McDermid * This year's discoveries for me were the spy novels of Mick Herron . . . Herron's Jackson Lamb books are mesmerisingly good, combining the best double, triple and quadruple-crossing traditions of Len Deighton and early Le Carre with the mordant humour of Reginald Hill's Dalziel and Pascoe novels * Marcus Berkmann, Spectator Books of the Year * London Rules is well up to the high standard of its predecessors, with the usual mixture of jokes and jeopardy at Slough House, the place where MI5 careers go to die under the dubious auspices of the wonderfully repulsive Jackson Lamb * Guardian, Books of the Year 2018 * Fortunately, Mick Herron seems to write a new Jackson Lamb novel every year. His latest in this series of wonderful and witty books about the more than eccentric head of a branch of MI5, London Rules, came out on time. I read the first four of these thrillers in a couple of weeks last year. The latest is well up to Herron's usual standards * Chris Patten, New Statesman Best Books of 2018 * London Rules by Mick Herron is the latest - and so far the best - bulletin from that twilight home for burned-out spies by the Barbican, Slough House . . . If you haven't read Herron yet you should * Evening Standard, Best Crime Novels of 2018 * This is modern British spy fiction at its brilliant best; taut, tense, quirky, funny and thrilling * Choice * Herron's comic brilliance should not overshadow the fact that his books are frequently thrilling, often thought-provoking, and sometimes moving and even inspiring. Reading one of Herron's worst books would be the highlight of my month and London Rules is one of his best * Sunday Express * London Rules takes the Jackson Lamb series to new levels of nerve-shredding tension, leavened as always with moments of eye-watering hilarity - often on the same page * Christopher Brookmyre * The great triumph of Mick Herron's Jackson Lamb books - apart from the sly wit, the clever plots and the characters - is his creation of a hilariously plausible, complete and utterly original intelligence world, in which cock-up always trumps conspiracy, the small-minded and rampantly egotistical rise to the top, and defeat is almost always snatched from the jaws of victory * M J Carter * Jackson La

Mick Herron's six Slough House novels have been shortlisted for eight CWA Daggers, winning twice, and shortlisted for the Theakston Old Peculier Crime Novel of the Year three times. The first, Slow Horses, was picked as one of the best twenty spy novels of all time by the Daily Telegraph, while the most recent, Joe Country, was a Sunday Times top ten bestseller. Mick Herron was born in Newcastle upon Tyne, and now lives in Oxford.