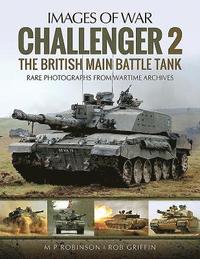 av M P Robinson, Robert Griffin
Häftad Engelska, 2017-11-09
189
Köp
Spara som favorit
For much of the Cold War, the British Armys main battle tanks (MBT) were first the Centurion and then the Chieftain. The question of the latters replacement became urgent when in 1980 MBT80 was cancelled. While the Royal Ordnance Challenger (originally the Shir 2) was acquired as a stop gap its design and capability limitations quickly became apparent. Vickers then took over the Royal Ordnance tank building facility and against stiff foreign competition developed the Challenger 2. This superbly researched and illustrated book tells the story of the evolution and subsequent successful career of Challenger 2 which has seen distinguished service in war and peace since 1990 and has proved itself one of the worlds most formidable fighting vehicles. The authors do not shy away from technical detail and make comparisons with competitors. The result is an objective and authoritative work which will delight military equipment buffs, modellers and wargamers.
Visa hela texten

As ever with Images of War books, the heart of it comes in the collection of photos which provide a great spread of coverage of the Challenger 2 in service.--Robin Buckland "Military Model Scene "

Robert Griffin joined the British Army in 1967 as a 17 year old Junior Leader and served for many years as an AFV crewman in the 4/7th Royal Dragoon Guards in BAOR, BATUS, Cyprus, Northern Ireland, the UK and Bosnia. He has written a number of books and articles on armoured vehicles of the Cold War period, including definitive works on the FV-214 Conqueror, Chieftain, Challenger 1 and FV432 and RAC in the Cold War (with Merlin Robinson). M P Robinson studied history at Torontos York University. He has written four books on postwar armour in English and French in 2014 and has edited 3 of Robert Griffins previous works for Kagero Publishing. He co-authored, with Robert Griffin, RAC in the Cold War.