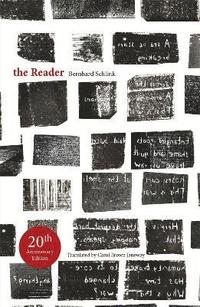 av Bernhard Schlink
Häftad Engelska, 2017-11-02
119
Köp
Spara som favorit
For fifteen-year-old Michael Berg, a chance meeting with an older woman leads to far more than he ever imagined. The woman in question is Hanna, and before long they embark on a passionate, clandestine love affair which leaves Michael both euphoric and confused. For Hanna is not all she seems. Years later, as a law student observing a trial in Germany, Michael is shocked to realize that the person in the dock is Hanna. The woman he had loved is a criminal. Much about her behaviour during the trial does not make sense. But then suddenly, and terribly, it does - Hanna is not only obliged to answer for a horrible crime, she is also desperately concealing another deep secret.
Visa hela texten

Deeply moving, sensitive enough to make me wince, a Holocaust novel, but light years away from the common run -- Ruth Rendell * Sunday Telegraph * Schlink's extraordinary novel The Reader is a compelling meditation on the connections between Germany's past and its present, dramatised with extreme emotional intelligence as the story of a relationship between the narrator and an older woman. It has won deserved praise across Europe for the tact and power with which it handles its material, both erotic and philosophical * Independent * Leaps national boundaries and speaks straight to the heart . . . a moving, suggestive and ultimately hopeful work * New York Times * The Reader by Bernhard Schlink is the German novel I have been waiting for: it objectifies the Holocaust and legitimately makes all mankind responsible -- Sir Peter Hall * Observer * For generations to come, people will be reading and marvelling over Bernhard Schlink's The Reader * Evening Standard * Haunting and unforgettable * Literary Review * [Schlink] explores the conflict between generations, wrestling with collective guilt and individual motivation. He examines the nature if understanding and tests the limits of forgiveness. He does these things with honesty, restraint and a moral precision both unsettling and rare. The result is as compelling as any thriller * The Times *

BERNHARD SCHLINK was born in Germany in 1944. A professor emeritus of law at Humboldt University, Berlin, and Cardozo Law School, New York, he is the author of the internationally bestselling novels THE READER, which became an Oscar-winning film starring Kate Winslet and Ralph Fiennes, and THE WOMAN ON THE STAIRS. His latest novel, OLGA, was a #1 international bestseller. He lives in Berlin and New York.