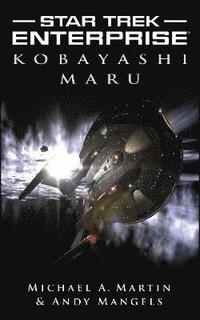 av Michael A Martin, Andy Mangels
Häftad Engelska, 2012-10-21
309
Köp
Spara som favorit
Finns även som
Visa alla 1 format & utgåvor
To protect the cargo ships essential to the continuing existence of the fledgling Coalition of Planets, the captains of the United Earth's Starfleet are ordered to interstellar picket duty, with little more to do than ask "Who goes there?" into the darkness of space. Captain Jonathan Archer of the Enterprise seethes with frustration, wondering if anyone else can see what he sees. A secret, closed, militaristic society, convinced that their survival hangs by a thread, who view their neighbors as a threat to their very existence -- the Spartans of ancient Greece, the Russians of the old Soviet Union, the Koreans under Kim Il-sung -- with only one goal: attain ultimate power, no matter the cost. The little-known, never-seen Romulans seem to live by these same principles. The captain realizes that the bond between the signers of the Coalition charter is fragile and likely to snap if pushed. But he knows that the Romulans are hostile, and he believes they are the force behind the cargo ship attacks. If asked, Archer can offer no proof without endangering his friend's life. To whom does he owe his loyalty: his friend, his world, the Coalition? And by choosing one, does he not risk losing all of them? What is the solution to a no-win scenario?
Visa hela texten

Michael A. Martin's solo short fiction has appeared in The Magazine of Fantasy & Science Fiction. He has also coauthored (with Andy Mangels) several Star Trek comics for Marvel and Wildstorm and numerous Star Trek novels and eBooks, including the USA Today bestseller Titan: Book One: Taking Wing; Titan: Book Two: The Red King; the Sy Fy Genre Award-winning Star Trek: Worlds of Deep Space 9 Book Two: Trill -- Unjoined; Star Trek: The Lost Era 2298-The Sundered; Star Trek: Deep Space 9 Mission: Gamma: Vol. Three: Cathedral; Star Trek: The Next Generation: Section 31-Rogue; Star Trek: Starfleet Corps of Engineers #30 and #31 ("Ishtar Rising" Books 1 and 2); stories in the Prophecy and Change, Tales of the Dominion War, and Tales from the Captain's Table anthologies; and three novels based on the Roswell television series. His most recent novels include Enterprise: The Romulan War and Star Trek Online: The Needs of the Many. His work has also been published by Atlas Editions (in their Star Trek Universe subscription card series), Star Trek Monthly, Dreamwatch, Grolier Books, Visible Ink Press, The Oregonian, and Gareth Stevens, Inc., for whom he has penned several World Almanac Library of the States nonfiction books for young readers. He lives with his wife, Jenny, and their two sons in Portland, Oregon. Andy Mangels is the USA TODAY bestselling author and coauthor of over a dozen novels-including Star Trek and Roswell books-all cowritten with Michael A. Martin. Flying solo, he is the bestselling author of several nonfiction books, including Star Wars: The Essential Guide to Characters and Animation on DVD: The Ultimate Guide, as well as a significant number of entries for The Superhero Book: The Ultimate Encyclopedia of Comic-Book Icons and Hollywood Heroes as well as for its companion volume, The Supervillain Book. Andy is a national award-winning activist in the Gay community, and has raised thousands of dollars for charities over the years. He lives in Portland, Oregon, with his long-term partner, Don Hood, their dog, Bela, and their chosen son, Paul Smalley. Visit his website at AndyMangels.com.