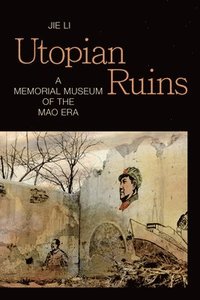 A Memorial Museum of the Mao Era

av Jie Li
Häftad Engelska, 2020-12-04
277
Köp
Spara som favorit
Finns även som
Visa alla 2 format & utgåvor
In Utopian Ruins Jie Li traces the creation, preservation, and elision of memories about China's Mao era by envisioning a virtual museum that reckons with both its utopian yearnings and its cataclysmic reverberations. Li proposes a critical framework for understanding the documentation and transmission of the socialist past that mediates between nostalgia and trauma, anticipation and retrospection, propaganda and testimony. Assembling each chapter like a memorial exhibit, Li explores how corporeal traces, archival documents, camera images, and material relics serve as commemorative media. Prison writings and police files reveal the infrastructure of state surveillance and testify to revolutionary ideals and violence, victimhood and complicity. Photojournalism from the Great Leap Forward and documentaries from the Cultural Revolution promoted faith in communist miracles while excluding darker realities, whereas Mao memorabilia collections, factory ruins, and memorials at trauma sites remind audiences of the Chinese Revolution's unrealized dreams and staggering losses.
Visa hela texten

"The memory palaces of contemporary China are akin to a necropolis, one built atop a storied tenement. Within those virtual walls lost souls, dead dreams, frustrated ambitions, and reanimated specters continuously jostle; variously they haunt the living. Jie Li is a learned docent with an assured demeanor who guides us through the hidden passages and dark corridors of that labyrinthine structure with the judicious balance of a historian and the craft of a curator. Her navigation also confronts us with an imagined future in which the contentious possibilities and conflicted potentials of the past will inevitably be visited, and revisited, as China continues its titanic, two-century-long quest on the path to modernity." -- Geremie R. Barme, editor of * China Heritage * "Utopian Ruins presents a creative and nuanced approach to memories of the Maoist era and their various mediations, bringing together a remarkably diverse set of archives, including police dossiers, photography, films, and physical spaces. The questions that Jie Li raises are as vital for global history as they are for China, since socialism's demise leaves many around the world puzzled about the legacies of that period, how to remember them, and what to build in their place." -- Lisa Rofel, coauthor of * Fabricating Transnational Capitalism: A Collaborative Ethnography of Italian-Chinese Global Fashion * "This is a wonderful and important book. Important not only because of its nuanced readings of Mao era artifacts and their post-Mao remediation, but because it points in practical ways to possibilities for remembering the Maoist past." -- Kirk A. Denton * Modern Chinese Literature and Culture * "Utopian Ruins is an exceptional addition to the ever-growing scholarship on memory of and in the People's Republic of China.... Jie Li creates space for a multivocality of voices in a thought-provoking study that is as impressive in scope as it is deep in meaning." -- Damian Mandzunowski * PRC History Review *

Jie Li is Loeb Associate Professor of the Humanities in the Department of East Asian Languages and Civilizations at Harvard University and the author of Shanghai Homes: Palimpsests of Private Life.