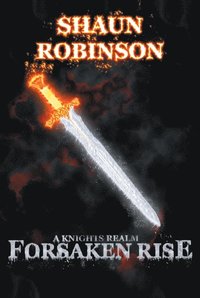 av Shaun Robinson
E-bok (EPUB - DRM), Engelska, 2012-11-16
65
Ladda ned
Spara som favorit
Laddas ned direkt
Läs i vår app för iPhone, iPad och Android
Finns även som
Visa alla 1 format & utgåvor
The history of Tiseria is littered with ferocious battles. Battles, between the many different races, which threatened to engulf the entire realm. Races and creatures have become extinct, or very close to it, but, no war had been as terrible as the Dark Wars. Over a thousand years ago the Cultists of Volkin tried to bring forth their underworld god into the living realm. They almost succeeded. The cult had been defeated by the allied forces of the Four Kingdoms, and by the Covenant of the Magi. Tiseria prospered and there was general peace in the wake of the Dark Wars. Peace which had gone, relatively, unbroken, until now. The armies of darkness are rising once more. After more than a millennia the Cult of Volkin has returned, returned to finish what they had started. The cult is more devastating than ever, equipped with powers bestowed upon them by Volkin himself. They intend to wreck havoc, spread corruption, fear and distraught, through the kingdoms, and raise their Dark God once again. Releasing a corruption upon the physical realm, and causing the various races to become hosts for evil spirits, the Cult of Volkin is demonstrating their power to all. The descendants of the Covenant of the Magi and Knights Order, combined to create the Order of Light, must once again brave the horrors brought forth by Volkins minions. Two knights have been chosen to undertake the suicidal mission of reuniting the races of Tiseria and retying the bonds of allegiance between them. The fallen, and dishonoured, Knight-Captain, Ryan Quinn, and the proud, and noble, Michael Crow, must traverse the three remaining kingdoms in hopes of uniting the Human, Dwarven and Elven races once more against the terror that is Volkin. With dungeons, dragons, magic and goblins set to cross their path, can these two knights survive and what else will they encounter?
Visa hela texten