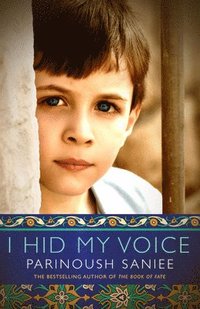 I Hid My Voice

av Parinoush Saniee
Häftad Engelska, 2016-08-25
179
Köp
Spara som favorit
Finns även som
Visa alla 2 format & utgåvor
Four-year-old Shahaab has not started talking. The family doctor believes there is no cause for concern; nevertheless, Shahaab is ridiculed by others who call him "dumb." In his innocent and deeply hurt child's mind, he begins to believe that the "good" and "intelligent" children like his older brother are their fathers' sons. On the other hand, children like him who are "clumsy" and "problematic" are their mothers' sons. No one in the family can understand Shahaab except his maternal grandmother, who seems to possess the understanding and the kindness he so desperately craves. Their growing bond leads to a deep friendship in which Shahaab is able to experience some happiness and finally find his voice.
Visa hela texten

"A richly written novel in which Parinoush Saniee digs into the social texture of her country, Iran, and which, while telling the story of the struggles of a boy, portrays the life of women. Tight dialogue and a protagonist who becomes a symbol of hope for a better world." -- La Repubblica (Italy) "Gripping . . . an agonizing childhood in the Iran of the ayatollahs, with its revolutionary committees and moral police always lurking." -- Stavanger Aftenblad (Norway) "[I Hid My Voice] is a new literary sensation. A child's untold words become a scream against heartlessness and indifference." -- Panorama (Italy) "A voice as a metaphor for a country, Iran, where censorship rules." -- La Gazzetta di Mantova (Italy) "Saniee skillfully integrates concepts and theories about the psychology of the child and demonstrates how easy it is to cause, as parents, irremediable damages to a child, but also how easy it is not to cause them. . . . Shahaab is not only a child who confronts a difficulty, his muteness is in fact that of a nation terrorized by a harsh regime . . ." -- The Cultural Supplement Praise for Parinoush Saniee and The Book of Fate "Rarely can a novel have sustained such levels of emotion over so many gut-wrenching pages. It's a memorable and nuanced dissection of a patriarchal society." -- Guardian "This family saga shines a bright light on what it is like to live according [to] the expectations of family and society." -- Minneapolis Star Tribune

Parinoush Saniee is a sociologist and psychologist. She was formerly manager of the research department at the Supreme Coordination Council for Technical and Vocational Education in Iran. Her first novel, The Book of Fate, won the Boccaccio Prize in Italy, Euskadi de Plata Prize in the Basque Country, and was selected as one of World Literature Today's 75 Notable Translations of 2013. I Hid My Voice is her second novel that has been translated into English. Her other books are awaiting approval by the censorship board.