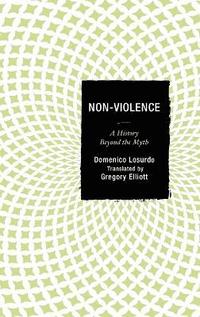 A History Beyond the Myth

av Domenico Losurdo
Inbunden Engelska, 2015-04-09
889
Köp
Spara som favorit
Finns även som
Visa alla 2 format & utgåvor
We know of the blood and tears provoked by the projects of transformation of the world through war or revolution. Starting from the essay published in 1921 by Walter Benjamin, twentieth century philosophy has been committed to the criticism of violence, even when it has claimed to follow noble ends. But what do we know of the dilemmas, of the "betrayals," of the disappointments and tragedies which the movement of non-violence has suffered? This book tells a fascinating history: from the American Christian organizations in the first decades of the nineteenth century who wanted to eliminate slavery and war in a non-violent way, to the protagonists of movements-Thoreau, Tolstoy, Gandhi, Capitini, M. L. King, the Dalai Lama-who either for idealism or for political calculation flew the flag of non-violence, up to the leaders of today's "color revolutions."
Visa hela texten

If the characteristic feature of the critical thinking is the questioning of the mythologies that affect the current opinions, the recent book of Domenico Losurdo is an excellent example of this school of thought. Now Losurdo engages in the deconstruction, never prejudicially hostile but rather full of genuine sympathy for the essential core, of non-violence. In order to achieve this goal he delivers a detailed history of the pacifist and non-violent theories and practices, starting with Kant's idea of perpetual peace and the with the first pacifist movements in the USA of the nineteenth century. An important and timely book in a period of increasing danger of war! -- Gianni Vattimo, Emeritus Professor of Philosophy at the University of Turin Domenico Losurdo is among Europe's most distinguished intellectual historians. Reading his books has become a necessity for contemporary philosophers, sociologists, and political scientists. This is particularly true for this new book. Here we are not simply told the history of the great struggles and great tragedies of the movement of non-violence but also the history of the manipulations of all those who proclaimed and proclaim non-violence, while unleashing wars and organizing bloody coups d'etat. -- Santiago Zabala, ICREA, University of Barcelona, ICREA Research Professor of Philosophy at the Pompeu Fabra University In attempting to make nonviolence into a myth, the Italian philosopher Losurdo examines several theorists and practitioners of nonviolence from early Quakers and Martin Luther King Jr. in the US to Chinese demonstrators in Tiananmen Square. In the several cases he examines, the author finds that nonviolence rhetoric invariably occurs alongside some, and often considerable, violence . . . Presenting several cases in which Gandhi endorsed violence, such as his support for Britain in WW I, the author portrays Gandhi's nonviolence as a sham. The Dalai Lama also emerges as an endorser of both nonviolence and violence . . . Summing Up: Recommended. Research collections. * CHOICE * Even the noblest aspirations are not exempt from being co-opted and manipulated. By unveiling the contradictions, tragedies and betrayals of the movements of non-violence, to the point where they were transformed into an instrument of 'humanitarian' warfare, Losurdo renders a great service to the self-critical awareness of today's peace and social justice activists. -- Jan Rehmann, Visiting Professor for Critical Theory and Social Analysis, Union Theological Seminary In his brilliant dialectical analysis Domenico Losurdo weighs the political and ideological contradictions and dilemmas which historically arose when the idealized principles of non-violence were tested in the reality of a world situation marked by colonization, exploitation, and confrontation. The author also questions the popular grand narrative which claims that universal Western style democracy will lead to universal peace. Instead, he argues powerfully and convincingly for equality among nations and the democratization of international relations. -- Jurgen Pelzer, Occidental College

Domenico Losurdo is emeritus professor of philosophy at the University of Urbino.

Introduction: From the Broken Promises of Perpetual Peace to Non-Violence 1. Christian Abolitionism and Pacifism in the USA 2. From Pacifist Abolitionism to Gandhi and Tolstoy 3. Gandhi and the Socialist Movement: Violence as Discrimination? 4. The Anti-Colonialist Movement, Lenin's Party, and Gandhi's Party 5. Non-Violence in the Face of Fascism and the Second World War 6. Martin Luther King as the "Black Gandhi" and Afro-American Radicalism 7. Gandhi's Global Reputation and the Construction of the Non-Violent Pantheon 8. From Gandhi to the Dalai Lama? 9. "Non-Violence," the "Color Revolutions," and the Great Game 10. A Realistic Non-Violence in a World Prey to Nuclear Catastrophe