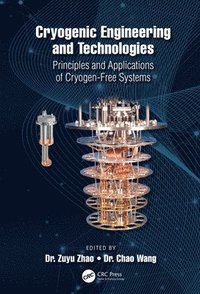 Principles and Applications of Cryogen-Free Systems

Dr. Zuyu Zhao received his B.S. degree from Fudan University in 1982, Class 77. He came to the United States in 1983 with the World Bank Scholarship program and graduated from Northwestern University with a Ph.D. degree of physics in 1990. He then spent two and a half years working at Harvard University as a post-doc and set up a new lab pursuing Bose-Einstein condensation on spin polarized hydrogen. Dr. Zhao joined Janis Research Company in 1993 and focused on developing custom ultra-low temperature facilities for the research and science community. He currently serves on the Board of Directors and as Vice President-Principal Scientist of the company. He served from July 1, 2007 through June 30, 2013 as an elected member of the American Institute of Physics (Physics Today) Advisory Committee. Dr. Chao Wang has been the director of research and development for Cryomech since 1998. Dr. Wang received his B.S. from Shanghai Institute of Mechanical Engineering in 1985 and M.S. and Ph.D. from Xian'An Jiaotong University in 1990 and 1993. Between 1993 and 1996, he was a post-doctoral researcher and later became an associate professor at Cryogenic Lab, CAS. He later received an A.V. Humboldt Research Fellowship for study at the University of Giessen. In 1998, Dr. Wang joined the Cryomech team where his main research focus is development of pulse tube cryocoolers, GM cryocoolers and cryocooler-related cryogenic systems. During his time with Cryomech, he has developed and commercialized the world's first two-stage pulse tube cryocoolers below 4K. He has published more than 80 scientific papers and has been awarded five patents. Dr. Wang has won a number of awards for his contributions to cryogenic refrigeration technology, including the Roger W. Boom Award (2000) from the Cryogenic Society of America.