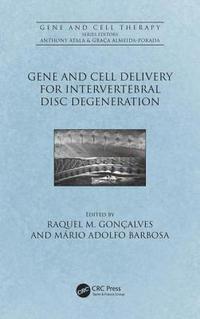 Raquel M. Goncalves has a degree in chemical engineering and a PhD in biotechnology (University of Lisbon, Portugal). She gained expertise in human hematopoietic stem cell and mesenchymal stem cell expansion, with a period abroad in the University of Nevada, Reno, United States. Since 2009, she has been an assistant investigator and has been dedicated to intervertebral disc research. Presently, at I3S (Instituto de Investigacao e Inovacao em Saude/INEB, Institute of Biomedical Engineering, University of Porto), she develops her work at the Microenvironments for New Therapies Group, whose main goal is to dissect the microenvironment elements that contribute to reestablish homeostasis upon disease and/or injury and to bioengineer therapeutic strategies to modulate host response. In this group, she has been involved in the establishment of IVD ex vivo and in vivo models, highthroughput tools to characterize IVD cells and extracellular matrix, and immunomodulatory strategies and stem cell recruitment to degenerated IVD. In parallel, she is involved in science dissemination activities at Porto high schools and in teaching at the University of Porto. Mario Adolfo Barbosa is a full professor at Instituto de Ciencias Biomedicas Abel Salazar (ICBAS), University of Porto, Portugal. For nearly 30 years, biomaterials science and technology has been the topic of Mario's research. He is internationally recognized for his contributions to biomaterials science, particularly in cell- biomaterial interactions. Mario was one of the founding members of the Instituto de Engenharia Biomedica (INEB, http://www.ineb.up.pt), created in June 1989. From 2000 to 2012, he was the scientific coordinator of the institute and its president from 2000-2006 and 2010-2012. Presently, he is the scientific coordinator of the I3S (Instituto de Investigacao e Inovacao em Saude), of the University of Porto and leader of the Microenvironments for New Therapies Group at i3S. His research interests focus on the modulation of the microenvironment, in particular the inflammatory response to improve tissue repair and/or regeneration.