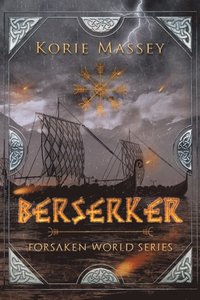 av Korie Massey
E-bok (EPUB - DRM), Engelska, 2017-10-26
65
Ladda ned
Spara som favorit
Laddas ned direkt
Läs i vår app för iPhone, iPad och Android
Finns även som
Visa alla 2 format & utgåvor
As a child, Leon is found on the beach in the kingdom of West Axum after his fathers failed raiding attempt. Sold into slavery and trained as a gladiator, he has become the champion of the city of Navio. With dreams of freedom and living a peaceful life with his lover, he finds himself in the deadliest fight of his life. His forbidden love has not gone unnoticed and will trigger a series of events that will throw the kingdom into chaos. His people are descended from the god slayer and his invincible berserkers who massacred the gods three thousand years ago. Leon has to fight an internal struggle as his ancestors magic flows through his veins. What price will he and the ones he cares for have to pay for their freedom?Fear and pain may accompany death, but it is desire that shepherds its certainty.
Visa hela texten