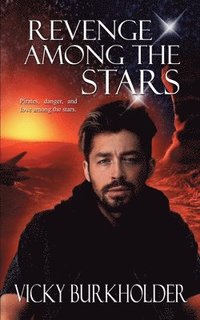 Revenge Among the Stars

av Vicky Burkholder
Häftad Engelska, 2019-10-09
209
Köp
Spara som favorit
Skickas inom 10-15 vardagar.
Fri frakt inom Sverige för privatpersoner.
Aleksia Matthews is left for dead, after space pirates attack her ship and kill her brother. She swears to avenge his death, but knows she can't do the job alone. After taking out an ad for a bounty hunter, she weeds out the bad from the good, and one man stands out. He could be the perfect partner-and that scares Ali more than the pirates do. Special agent Jason Cole is tracking the pirates who killed his family, but he's always one step behind. There have never been any survivors-until now. He needs Ali to identify the attackers, but she proves to be stubborn. She plans to go with him on the hunt, and he's determined to keep her safe. While Cole and Ali seek revenge, someone at headquarters would like to see them fail. Together they battle explosions, their emotions, and danger from one of their own.
Visa hela texten