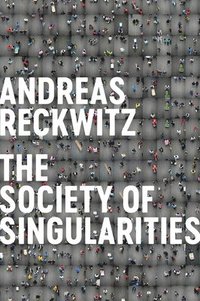 av Andreas Reckwitz
Inbunden Engelska, 2020-04-24
429
Köp
Spara som favorit
Skickas inom 7-10 vardagar.
Fri frakt inom Sverige för privatpersoner.
Finns även som
Visa alla 1 format & utgåvor
Our contemporary societies place more and more emphasis on the singular and the unique. The industrial societies of the early 20th century produced standardized products, cities, subjects and organizations which tended to look the same, but in our late-modern societies, we value the exceptional - unique objects, experiences, places, individuals, events and communities which are beyond the ordinary and which claim a certain authenticity. Industrial society's logic of the general has been replaced by late modernity's logic of the particular. In this major new book, Andreas Reckwitz examines the causes, structures and consequences of the society of singularities in which we now live. The transformation from industrial to cultural capitalism, the rise of digital technologies and their 'culture machine' and the emergence of an educated, urban new middle class form a powerful engine for the singularization of the social. In late modernity, what is singular is valorized and stirs the emotions, while what is general has to remain in the background, and this has profound social consequences. The society of singularities systematically produces devaluation and inequality: winner-takes-all markets, job polarization, the neglect of rural regions and the alienation of the traditional middle class. The emergence of populism and the rise of aggressive forms of nationalism which emphasize the cultural authenticity of one's own people thus turn out to be the other side of singularization. This prize-winning book offers a new perspective on how modern societies have changed in recent decades and it will be of great value to anyone interested in the forces that are shaping our world today.
Visa hela texten

Everywhere we see how culture is giving rise to new conflicts and classes. A sociologist offers a clever general theory of our time. Die Zeit Reckwitz has written a special book, an original take on our contemporary world. Literatur Spiegel Anyone who wishes to understand our times should definitely read Andreas Reckwitz. Deutschlandfunk Kultur Only a few books fundamentally alter the way you look at the world. Reckwitzs The Society of Singularities ranks among them by offering an unfamiliar lens that makes visible the hidden dynamics of singularization that shape todays economy, technology, and culture. Reading this profound book will help you to create meaning out of seemingly unrelated phenomena, whether you're puzzled by the latest lifestyle trends, crises on social media, or the identity struggles of youth, to name just a few. Urs Gasser, Harvard University The search for particularity and distinctiveness is a basic feature of contemporary culture. It exists both on the basis of and in tension with continued rationalization and large-scale economic integration and material infrastructure. To understand what has changed and where the continuities lie, Andreas Reckwitz draws on a broad range of social and cultural theory and develops a comprehensive view that repays thoughtful attention. Craig Calhoun, Arizona State University

Andreas Reckwitz is Professor of Cultural Sociology at the European University Viadrina, Frankfurt an der Oder.