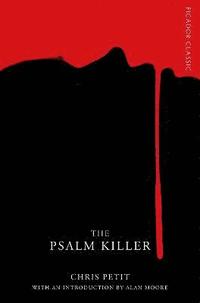 av Chris Petit
Häftad Engelska, 2016-06-16
109
Köp
Spara som favorit
Skickas inom 7-10 vardagar.
Gratis frakt inom Sverige över 159 kr för privatpersoner.
Finns även som
Visa alla 1 format & utgåvor
With an introduction by Alan Moore It was always the same nightmare. Cross saw them lined up in rows, in stretches of city wasteland - those derelict spaces once described to him by a child as the blank bits where things had been before they'd got blown up. It is 1985 and a killer moves through Belfast's blighted streets. In a time and place ruled and divided by political and religious differences, this series of crimes cuts across all those boundaries. Detective Inspector Cross, together with Westerby, a young policewoman, enters a maze of conspiracy and paranoia, and, as the investigation draws closer to the truth, they find themselves in a nightmare world, with little hope of escape. The Psalm Killer is Chris Petit's epic thriller set during the Irish Troubles. Masterfully written, disturbing and exciting, it is a book of immense intelligence and a real classic of its genre.
Visa hela texten

One of the most compelling, haunting and original thrillers I have ever read, by one of Britain's most visionary writers and film-makers. -- David Peace In the tradition of Silence of the Lambs . . . a deeply satisfying and sophisticated thriller which approaches the Northern Ireland conflict with the intelligence it deserves * Financial Times * An example of the genre near its best. Gorky Park with something to spare; well worth anyone's weekend * Guardian *

Chris Petit is a film-maker and writer. He lives in north London.