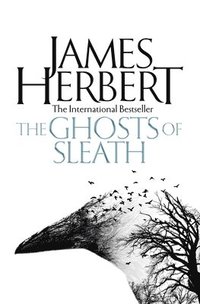 The Ghosts of Sleath

av James Herbert
Häftad Engelska, 2017-01-12
119
Köp
Spara som favorit
Finns även som
Visa alla 1 format & utgåvor
Can a ghost haunt a ghost? Can the dead reach out and touch the living? Can ancient evil be made manifest? These are the questions that confront paranormal investigator David Ash in James Herbert's The Ghosts of Sleath, when Ash is sent to the picturesque village of Sleath in the Chiltern Hills to look into mysterious reports of mass hauntings. What he discovers is a terrified community gripped by horrors and terrorized by ghosts from the ancient village's long history. As each dark secret is unveiled and terrible, malign forces are unleashed, he will fear for his very sanity. Sleath. Where the dead will walk the streets. Continue the chilling series from the Master of Horror, with Ash.
Visa hela texten

James Herbert was not just Britain's number one bestselling writer of chiller fiction, a position he held ever since publication of his first novel, but was also one of our greatest popular novelists. Widely imitated and hugely influential, his twenty-three novels have sold more than fifty-four million copies worldwide, and have been translated into over thirty languages, including Russian and Chinese. In 2010, he was made the Grand Master of Horror by the World Horror Convention and was also awarded an OBE by the Queen for services to literature. His final novel was Ash. James Herbert died in March 2013.