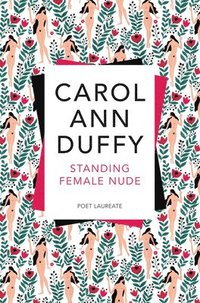 Köp
Spara som favorit
Kan levereras innan julafton!
Carol Ann Duffy's outstanding first collection, Standing Female Nude, introduced readers to all they would come to love about her poetry. From lovers to wives to war photographers, the poems it contains range from the delicately poignant to the fiercely political, exploring memory, gender, childhood and place. Within it are also some of her best-known poems, including 'Education for Leisure', as well as, of course, the poem from which the collection takes its title. First published in 1985 to widespread critical acclaim, Standing Female Nude is a work of startling originality and the starting point of the Poet Laureate's dazzling poetic career.
Visa hela texten

Breaks the windows of perception in new ways altogether . . . a genuine and original poet -- Robert Nye * The Times * Carol Ann Duffy is a very pure poet . . . it is good to see a crusading sensibility refusing to surrender any touch of art to the urgency of its cause -- Peter Porter * Observer *

Carol Ann Duffy lives in Manchester, where she is Professor and Creative Director of the Writing School at Manchester Metropolitan University. She has written for both children and adults, and her poetry has received many awards, including the Signal Prize for Children's Verse, the Whitbread, Forward and T. S. Eliot Prizes, and the Lannan and E. M. Forster Prize in America. She was appointed Poet Laureate in 2009. In 2011 The Bees won the Costa Poetry Award, and in 2012 she won the PEN Pinter Prize. She was appointed DBE in 2015.