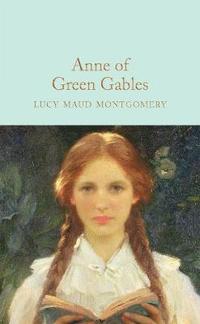 av L M Montgomery
Inbunden Engelska, 2017-05-18
119
Köp
Spara som favorit
Finns även som
Visa alla 9 format & utgåvor
A celebration of the transformative power of love, Lucy Maud Montgomery's beloved children's classic is a brilliantly warm and funny portrait of a girl who has a second chance at childhood. Designed to appeal to the booklover, the Macmillan Collector's Library is a series of beautiful gift editions of much loved classic titles. Macmillan Collector's Library are books to love and treasure. This edition of Anne of Green Gables includes the original illustrations by M. A. & W. A. J. Claus and an afterword by publisher Anna South. When red-headed orphan Anne Shirley arrives at Green Gables, she feels sure she's found the home she has always longed for. Her new adoptive parents, the Cuthberts, are less certain - they had asked the orphanage for a boy. But before long, Anne's irrepressible optimism and loving nature charms them. While her temper is unpredictable and her extravagant imagination makes her dreamily whimsical and prone to comic mishap, they come to love Anne as if she were their own child.
Visa hela texten

Lucy Maud Montgomery was born on Prince Edward Island, Canada, in 1874 and raised by her maternal grandparents following her mother's death. Biographical accounts of her upbringing suggest a strict and rather lonely childhood. She later spent a number of years working as a teacher before turning to journalism and then, ultimately, to writing fiction. Anne of Green Gables, published in 1908, was her first novel and has remained in print the world over ever since. Montgomery died in Toronto in 1942.