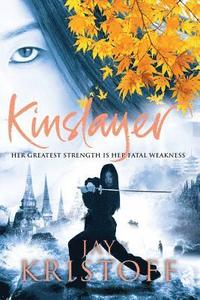 av Jay Kristoff
Häftad Engelska, 2016-12-01
319
Köp
Spara som favorit
Skickas inom 10-15 vardagar.
Fri frakt inom Sverige för privatpersoner.
Finns även som
Visa alla 2 format & utgåvor
A SHATTERED EMPIRE The threat of civil war looms over the Shima Imperium. The Lotus Guild conspires to renew the nation's broken dynasty and crush the growing rebellion by endorsing a new Shogun who desires nothing more than to see Yukiko dead. A DARK LEGACY Yukiko and the mighty thunder tiger Buruu have been cast in the role of heroes. But Yukiko herself is blinded by rage over her father's death, and her ability to hear the thoughts of beasts. A GATHERING STORM Kage assassins lurk within the Shogun's palace, plotting to end the new dynasty before it begins. A new enemy gathers its strength. And across raging oceans, Yukiko and Buruu will face foes no katana or talon can defeat. The ghosts of a blood-stained past.
Visa hela texten

Jay Kristoff grew up in the most isolated capital city on earth and fled at his earliest convenience. He worked "creative advertising" for eleven years and has won several awards that nobody outside the advertising industry gives a tinker's cuss about. He is 6'7, has approximately 13870 days to live, and can demand whiskey in almost a dozen European languages. He lives in Melbourne with his wife and the world's laziest Jack Russell. Kinslayer is the second novel in his The Lotus Wars series, continuing from Stormdancer.