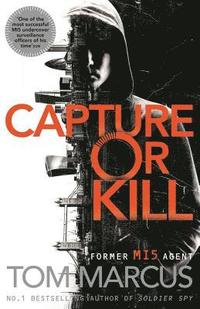 av Tom Marcus
Häftad Engelska, 2018-05-31
199
Köp
Spara som favorit
Skickas inom 5-8 vardagar.
Fri frakt inom Sverige för privatpersoner.
Finns även som
Visa alla 3 format & utgåvor
Matt Logan is an MI5 operative for the British government, working undercover to track a pair of brothers known to him and his colleagues as Iron Sword and Stone Fist. They're both highly dangerous individuals who are suspected of plotting a major terrorist event - an attack that, if unleashed, will rock the country to its very core.

Frustrated by always needing to obey the rules, Logan yearns for a way to break through the bureaucracy that halts his progress. His wishes appear to come true when the Director General of MI5 calls him to a clandestine meeting and offers him the chance to head up a new, deniable operatives outfit known as The Executive. Knowing that taking on this new role will mean he sees less and less of his already distant family, Logan is torn between his professional and private lives.

It's only when his wife Sarah and their only child Joseph are killed in a random attack on a day trip to the zoo - while he was, as ever, busy hunting on the streets - that Logan's mind is made up for him. He will join The Executive and become their fiercest, most ruthless operative yet . . .