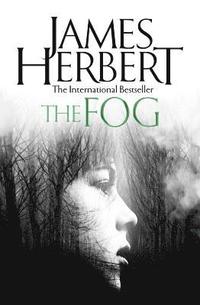 av James Herbert
(1 röst)  |  Läs 1 recension
Häftad Engelska, 2018-10-18
109
Köp
Spara som favorit
Skickas inom 10-15 vardagar.
Fri frakt inom Sverige över 159 kr för privatpersoner.
A chilling story of madness and murder, The Fog is classic horror novel from James Herbert, author of The Rats. It begins with a crack that rips the earth apart. Peaceful village life shattered. But the disaster is just the beginning. Out of the bottomless pit creeps a malevolent fog. Spreading through the air it leaves a deadly, horrifying trail, destined to devastate the lives of all those it encounters . . .
Visa hela texten

Master of horror * Daily Telegraph * James Herbert comes at us with both hands, not willing to simply engage our attention, he seizes us by the lapels and begins to scream in our faces -- Stephen King

James Herbert was not just Britain's number one bestselling writer of chiller fiction, a position he held ever since publication of his first novel, but was also one of our greatest popular novelists. Widely imitated and hugely influential, his twenty-three novels have sold more than fifty-four million copies worldwide, and have been translated into over thirty languages, including Russian and Chinese. In 2010, he was made the Grand Master of Horror by the World Horror Convention and was also awarded an OBE by the Queen for services to literature. His final novel was Ash. James Herbert died in March 2013.