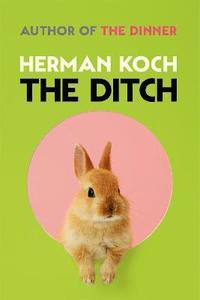 av Herman Koch
Inbunden Engelska, 2019-08-22
169
Köp
Spara som favorit
Skickas inom 7-10 vardagar.
Fri frakt inom Sverige för privatpersoner.
Finns även som
Visa alla 3 format & utgåvor
In the new novel by the author of the world-wide bestseller The Dinner, Herman Koch turns his brilliantly acid and forensic eye to the green-eyed monster: the all-too human emotion of jealousy. Robert Walter, the popular mayor of Amsterdam, begins to suspect that his wife is cheating on him with one of his aldermen. Though he is happily married, he has always wondered why his wife, born and raised in a distant country, chose him above his brilliant and good-looking physicist friend Bernhard. When, to add to his concerns, he becomes the subject of accusations relating to his past, at the same time his parents force him to address issues of their mortality. This apparently stable and successful man begins to become consumed by fantasies of jealousy and paranoia. Or does he? Is Robert finally beginning to see the world - and his life - as they are, for the first time? As page-turning and gripping as The Dinner, Koch's new novel confronts us with questions that haunt us all. Who can we trust? Do we deserve our lives or owe them only to luck? And is it when we are depressed that we see the world most clearly?
Visa hela texten

A riveting but disturbing literary thriller from the richly talented Dutch author who sprang to prominence with his gripping The Dinner . . . Delicately told, in spare, haunting prose, there are echoes of Stephen King's Misery, but this is even more subtle, with a denouement to send shivers down the spine. * Daily Mail on Dear Mr M * Herman Koch has made a career from saying the apparently unsayable. * Financial Times *

Herman Koch was born in 1953. He is the author of a number of novels, including The Dinner and Summer House with Swimming Pool, and short stories, has acted for radio, television, and film, and was a co-creator of the long-running Dutch TV comedy series Jiskefet (1990-2005). The Dinner has sold over 2.5 million copies worldwide and spent a year on the New York Times bestseller list. Richard Gere, Steve Coogan, Laura Linney, and Chloe Sevigny starred in the film adaptation.