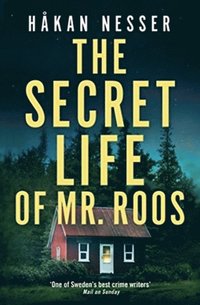 The Secret Life of Mr Roos

av Hakan Nesser
Häftad Engelska, 2021-09-02
119
Köp
Spara som favorit
Finns även som
Visa alla 3 format & utgåvor
A secluded hut in the middle of the woods. A double life that could be his downfall. The Secret Life of Mr Roos is the third Inspector Barbarotti novel from the 'Godfather of Swedish crime' (Metro), Hakan Nesser. At fifty-nine years old, Valdemar Roos is tired of life. Working a job he hates, with a wife he barely talks to and two step-daughters he doesn't get on with, he doesn't have a lot to look forward to. Then, one day, a winning lottery ticket gives him an opportunity to start afresh. Without telling a soul, he quits his job and buys a hut in the remote Swedish countryside. Every day he travels down to this man-made oasis, returning each evening to his unsuspecting wife. Life couldn't be better, until a young woman arrives in paradise . . . Anna Gambowska is a twenty-one-year-old recovering drug addict. On the run from the rehab centre she hated and an abusive relationship she can't go back to, all Anna's prayers are answered when she comes across a seemingly vacant hut in the Swedish woodland. But it's not long before Anna's ex discovers her location, and an incident occurs that will mar the lives of both Anna and Valdemar forever. Inspector Barbarotti doesn't take much interest when a woman reports her husband as missing. That is, until a dead body is found near the missing man's newly bought hut, and Mr Roos becomes the number one murder suspect . . . The Secret Life of Mr Roos is the third novel in Hakan Nesser's Inspector Barbarotti quintet.
Visa hela texten

The godfather of Swedish crime * Metro * Told with wry humour and compassion, Nesser has four more Barbarotti stories to come - cherish them all -- <i>Daily Mail</i> on <i>The Darkest Day</i> A master of suspense * Sunday Times * In an exemplary translation by Sarah Death, this tangled tale of guilt and betrayal whets the appetite for translations of the other Barbarotti novels -- <i>Financial Times</i> on <i>The Darkest Day</i> One of the best of the Nordic Noir writers * Guardian * One of Sweden's best crime writers * Mail on Sunday *

Hakan Nesser is one of Sweden's most popular crime writers, receiving numerous awards for his novels featuring Inspector Van Veeteren, including the European Crime Fiction Star Award (Ripper Award), the Swedish Crime Writers' Academy Prize (three times) and Scandinavia's Glass Key award. His Van Veeteren series is published in over twenty-five countries and has sold over 15 million copies worldwide. In addition to the popular Van Veeteren series, his other books include the psychological thriller The Living and the Dead in Winsford and the Barbarotti series. Hakan Nesser lives in Gotland with his wife, and spends part of each year in the UK.