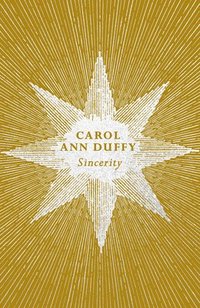 av Carol Ann Duffy Dbe
Häftad Engelska, 2019-10-31
151
Köp
Spara som favorit
Her final collection as Poet Laureate, a frank, disarming and deeply moving exploration of loss and remembrance in their many forms. Presented in a beautiful, foiled package, this will be the poetry book of the year.
Visa hela texten

Wonderful . . . a poet alert to every sound and shape of language * Sunday Telegraph * Duffy is magnificent, grounded, heartfelt, dedicated to the notion that poetry can give us the music of life itself * Scotsman * Carol Ann Duffy is a poet of skill, talent and great heart -- Erica Wagner

Carol Ann Duffy lives in Manchester, where she is Professor and Creative Director of the Writing School at Manchester Metropolitan University. She has written for both children and adults, and her poetry has received many awards, including the Signal Prize for Children's Verse, the Whitbread, Forward and T. S. Eliot Prizes, and the Lannan and E. M. Forster Prize in America. She was appointed Poet Laureate in 2009. In 2011 The Bees won the Costa Poetry Award, and in 2012 she won the PEN Pinter Prize. She was appointed DBE in 2015.