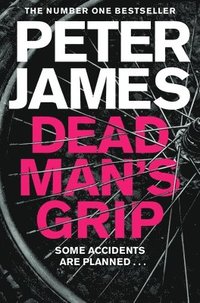 av Peter James
Häftad Engelska, 2019-10-03
124
Köp
Spara som favorit
Finns även som
Visa alla 2 format & utgåvor
*The brand new Roy Grace novel from Peter James - Picture You Dead - is available to pre-order now* The return of a Brighton girl turned movie star spells nothing but trouble for Detective Superintendent Roy Grace in the gripping crime novel Not Dead Yet, by award winning author Peter James. Gaia Lafayette has a movie to shoot back home and Grace is in charge of her security. Yet when a vicious gangster is released from prison and an unidentifiable headless torso is found, a nightmare unfolds before Grace's eyes. An obsessed stalker is after Gaia - and Grace knows that they may be at large in his city, waiting, watching, planning . . . Although the Roy Grace novels can be read in any order, Not Dead Yet is the eighth thrilling title in the bestselling series. Enjoy more of the Brighton detective's investigations with Dead Man's Time and Want You Dead. Now a major ITV series, Grace, starring John Simm.
Visa hela texten

No one can deny James's success as a crime novelist . . . The Grace stories almost always go to the top of the bestseller lists, not least because they are supremely well-told. James writes meticulously researched police procedurals, so informed that you can smell the canteen coffee . . . enthralling * Daily Mail * Peter James is one of the best crime writers in the business -- Karin Slaughter

Peter James is a UK number one bestselling author, best known for writing crime and thriller novels, and the creator of the much-loved Detective Superintendent Roy Grace. Globally, his books have been translated into thirty-seven languages. Synonymous with plot-twisting page-turners, Peter has garnered an army of loyal fans throughout his storytelling career - which also included stints writing for TV and producing films. He has won over forty awards for his work, including the WHSmith Best Crime Author of All Time Award, Crime Writers' Association Diamond Dagger and a BAFTA nomination for The Merchant of Venice starring Al Pacino and Jeremy Irons for which he was an Executive Producer. Many of Peter's novels have been adapted for film, TV and stage.