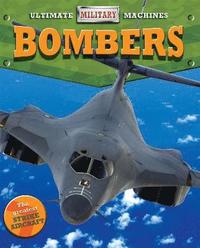 av Tim Cooke
Häftad Engelska, 2018-11-22
9-12 år
229
Köp
Spara som favorit
Finns även som
Visa alla 1 format & utgåvor
Bombers strike without warning from high above the clouds. Some can fly long distances, carrying huge quantities of bombs. Others use smart missiles to strike targets on the ground. Either way, bombers and their deadly weapons are hard to stop once they are in the air! This book introduces teh world's greatest strike aircraft. Find out about leading bombers from around the world - including their technical specifications. Learn about the history of military strike aircraft - from their first use, through incredible developments in technology, right up to the most clever machines around today. Ultimate Military Machines delves into the incredible world of fighting machines and takes an upclose look at the latest technology used by the army, navy and air forces today. Each title takes an indepth look at one type of military vehicle - from its first use in warfare up to recent conflicts.
Visa hela texten

Tim Cooke is a graduate of Oxford University. He has worked in children's publishing for over 20 years, and has written or contributed to dozens of books on a wide range of subjects. Among his publications as writer or editor are numerous sets about military history, particularly the American Revolution, the Civil War, World Wars I and II, and the Vietnam War. He has also written extensively about general history, both ancient and modern.