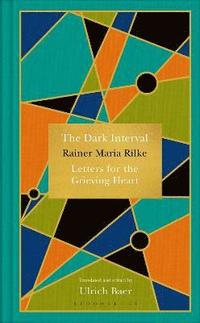 Letters for the Grieving Heart

av Rainer Maria Rilke
Inbunden Engelska, 2018-09-06
140
Köp
Spara som favorit
Finns även som
Visa alla 1 format & utgåvor
From one of the most famous poets in history comes a new selection of writings to bereaved friends and acquaintances, providing comfort in a time of grief and words to soothe the soul. 'A treasure. The solace Rilke offers is uncommon, uplifting and necessary' OBSERVER Throughout his life, the poet Rainer Maria Rilke addressed letters to individuals who were close to him, who had contacted him after reading his works, or who he had met briefly - anyone with whom he felt an inner connection. Within his vast correspondence, there are about two dozen letters of condolence. In these direct, personal and practical letters, Rilke writes about loss and mortality, assuming the role of a sensitive, serious and uplifting guide through life's difficulties. He consoles a friend on the loss of her nephew, which she experienced like the loss of her own child; a mentor on the death of her dog; and an acquaintance struggling to cope with the end of a friendship. The result is a profound vision of mourning and a meditation on the role of pain in our lives, as well as a soothing guide for how to get through it. Where things become truly difficult and unbearable, we find ourselves in a place already very close to its transformation...
Visa hela texten

This slender book, a selection of letters of condolence, available for the first time in English, is a treasure. The solace Rilke offers is uncommon, uplifting and necessary ... He is as unplatitudinous as it is possible for the author of letters of condolence to be ... It was Rilke's fresh, courageous, undeceived approach that ensured that recipients held on to these letters as keepsakes and that we can now do the same * Observer * A surprisingly uplifting collection about how to make it through life's ups and downs - particularly useful given everything in the news at the moment * Vogue * For the first time, a series of the letters have been translated and collected in The Dark Interval, forming a remarkable and beautiful resource for finding solace in grief * TANK Magazine * Even though each of these letters of condolence is personalized with intimate detail, together they hammer home Rilke's remarkable truth about the death of another: that the pain of it can force us into a 'deeper . . . level of life' and render us more 'vibrant.' Here we have a great poet's reflections on our greatest mystery -- Billy Collins As we live our lives, it is possible to feel not sadness or melancholy but a rush of power as the life of others passes into us. This rhapsodic volume teaches us that death is not a negation but a deepening experience in the onslaught of existence. What a wise and victorious book! -- Henri Cole

Rainer Maria Rilke (1875-1926) was one of the greatest lyric German poets. Born in Prague, he published his first book of poems, Leben und Lieber, at age nineteen. He met Lou Salome, the talented and spirited daughter of a Russian army officer, who influenced him deeply. In 1902 he became a friend, and for a time the secretary, of Rodin, and it was during his twelve-year Paris residence that Rilke enjoyed his greatest poetic activity. In 1919 he went to Switzerland where he spent the last years of his life. It was there that he wrote his last two works, Duino Elegies (1923) and The Sonnets to Orpheus (1923). Ulrich Baer is a writer, translator, and scholar who has published books on poetry, photography and the relations between memory, testimony, trauma and culture. As Vice Provost at NYU, he oversees faculty, arts, humanities and diversity in addition to teaching poetry, philosophy and globalisation as Professor of German and Comparative Literature.