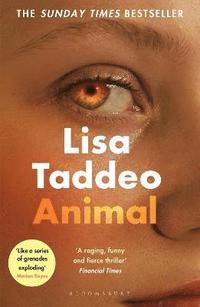 The instant Sunday Times bestseller from the author of Three Women

av Lisa Taddeo
Inbunden Engelska, 2021-06-24
169
Köp
Spara som favorit
Finns även som
Visa alla 3 format & utgåvor
* THE INSTANT SUNDAY TIMES BESTSELLER * 'Joan is an unforgettable anti-heroine. I don't think I'll ever stop thinking about her' Elizabeth Day 'So insanely good and true and twisted it'll make your teeth sweat' Olivia Wilde 'Like a series of grenades exploding' Marian Keyes I drove myself out of New York City where a man shot himself in front of me. He was a gluttonous man and when his blood came out it looked like the blood of a pig. That's a cruel thing to think, I know. He did it in a restaurant where I was having dinner with another man, another married man. Do you see how this is going? But I wasn't always that way. I am depraved. I hope you like me. ------------ A 2021 Highlight for: Guardian - Sunday Express - Independent - New Statesman - Evening Standard - Cosmopolitan - Red - Grazia - Daily Mail - Daily Express - The Week - Irish Times - i - The Sun
Visa hela texten

Few writers can match Taddeo's swagger on sentence-level. She has a knack for the unexpected, shocking phrase that feels nonchalantly tossed, like dynamite to a fire * The Globe and Mail * A compulsive read. Taddeo's prose glitters with all the dark wit and flashes of insight that readers and critics admired in Three Women . . . Like Coel's I May Destroy You, Animal is unafraid to wrestle with big questions about sexual empowerment and consent, and doesn't pretend to have found neat answers * Guardian * American Psycho for the #MeToo generation * The Times * Propulsive, fiercely confident . . . Joan's voice is so sharp and magnetic that the reader will follow her anywhere * New York Times * Joan's fury feels fitting, in a new age of righteous rage and brave honesty in female-driven and female-penned art, from Promising Young Women and I May Destroy You, to Raven Leilani's Luster * Harper's Bazaar * An explosive, visceral story about childhood trauma, sexual violence, sisterhood and grief. In vivid, unforgiving prose, Taddeo charts the fate of its unforgettable antiheroine, Joan * i * A raging, funny and fierce thriller with a protagonist whose life force, against extraordinary odds - always in the gaze and sometimes the grasp of predatory, abusive men - is a thing of wonder * Financial Times * This summer's most-hyped book and more than lives up to the buzz . . . A dark, disturbing masterpiece, full of righteous female rage - every word roars right off the page * Red * A fever dream of a read . . . Intense, disturbing and provoking, it's also a book that's filled with humanity, sensuality and, in the end, love and hope . . . Read, give to your friends and discuss at length * Stylist * Wow. Dark, hypnotic and horrifying, with a central protagonist in Joan who demands your deepest empathy despite every transgression, it's brilliantly written and expertly done. I loved it -- Harriet Tyce, bestselling author of Blood Orange and The Lies You Told An outstanding novel, unnerving but brilliant -- Samira Ahmed, BBC Radio 4 Front Row I don't think there is a writer alive who writes about the interior lives of women with the raw truth and intensity [Taddeo] does . . . Fearless, sexy, brutal and just forensically observed. She is extraordinary -- Jojo Moyes Raging, hilarious and utterly addictive * Daily Mail * Scorching, unforgettable, stunningly beautiful, Animal blew my mind and has left me reeling -- Clover Stroud [An] audacious debut novel * Evening Standard * Reeling. Stunned. It is ablaze with rage and beauty. You've captured all the rage every woman has been suppressing her entire life. Mary Gaitskill eat your heart out -- Sam Baker Riveting . . . Propulsive, erotic, emotional . . . Joan is almost impossible to look away from on every page * Kirkus Reviews * The best way I can think to describe Lisa Taddeo's first novel is "like if Joan Didion got into hard drugs and carried a switchblade everywhere." Sun-parched, sinewy, and hostile (in a good way) * Harper's Bazaar * A riveting, visceral examination of trauma and rage told by a writer whose prose lights a match and burns up the page. Joan is an unforgettable antiheroine. I don't think I'll ever stop thinking about her. -- Elizabeth Day

Lisa Taddeo is the author of Three Women, which she is currently adapting for a television series with Showtime. Three Women was both a Sunday Times and New York Times number one bestseller, the most-picked book of the year in the UK in 2019, the British Book Awards Narrative Non-Fiction Book of the Year and the Foyles Non-Fiction Book of the Year. She is a columnist for the Sunday Times Style magazine and has contributed to the Sunday Times, New York magazine, Esquire, Elle, Glamour and many other publications. She is one of a select few authors to have published both fiction and non-fiction in Playboy, alongside Margaret Atwood, Vladimir Nabokov, Kingsley Amis and Norman Mailer, and she is also working on television projects with Netflix and Annapurna Pictures. She lives with her husband and daughter in New England.