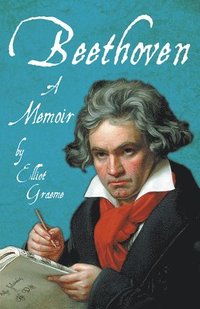 Beethoven - A Memoir;With an Introductory Essay by Ferdinand Hiller

av Elliot Graeme, Ferdinand Hiller
Häftad Engelska, 2020-08-14
209
Köp
Spara som favorit
First published in 1870, "Beethoven - A Memoir" is a biographical sketch of Beethoven written by Elliot Graeme. Ludwig van Beethoven (1770-1827) was a German composer and pianist. Beethoven's musical prowess was recognised from an early age, and he soon became famous as a virtuoso pianist and composer. However, after having gone almost completely deaf by 1814, Beethoven ceased public performances and appearances entirely. One of the most celebrated composers in Western history, Beethoven's music remains amongst the most commonly-performed classical music around the world. His most notable compositions include: "Symphony No. 1 in C major, Op. 21", "Violin Concerto in D major, Op. 61" and "Piano Concerto No. 5 in E major, Op. 73". Contents include: "Introductory", "Boyhood", "Youth", "Lehrjahre", "The Virtuoso", "Conflict", "Love", "Victory And Shadow", "The Pianoforte Sonatas", "Classification Of Beethoven's Pianoforte Sonatas", and "List Of Beethoven's Works". This volume offers a unique insight in to the life and mind of this incredible composer and will appeal to those with an interest in classical music. Read & Co. Books is republishing this classic memoir now in a new edition complete with an introductory essay by Ferdinand Hiller.
Visa hela texten