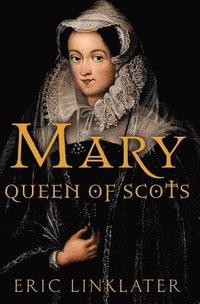 av Eric Linklater
Häftad Engelska, 2018-08-23
139
Köp
Spara som favorit
Finns även som
Visa alla 1 format & utgåvor
A major film starring Oscar nominated actress Saoirse Ronan and BAFTA award winner Margot Robbie. 'She was always in the lead, thrusting herself against the storm, tireless in pursuit' Mary, Queen of Scots was only eighteen years old when she came to the throne of Scotland in 1542. A catholic in a protestant country, her twenty-five year reign was marked by turbulence. Eric Linklater accentuates her strong political ambition, her kindness and strength in adversity as she battled through religious divide, hostility from Queen Elizabeth, unwanted suitors, spiteful love traps and double-crossing rebel lords. But throughout all of this she ruled her country with austere kindness and grace, woman against men, Queen against Queen. Eric Linklater details the trials and tribulations of Mary's life with illustrative precision, littered with quotes and poetry that build an honest portrayal of this prestigious Queen.
Visa hela texten

Eric Linklater considered himself a native of the Orkney Islands, but was born, in 1899, in Wales, where his father, a master mariner, was based. He was educated in Aberdeen and served as a sniper in World War One in the Black Watch. He was badly wounded at Ypres in April 1917. After the war he studied medicine at Aberdeen University where he first started writing. His writing career took off in 1929 with his first novel, White Maa's Saga, followed by his world best-seller Juan in America. He went on to publish many novels, short stories, poetry, plays, memoirs, essays, histories, and two highly successful books for children. He won the 1944 Carnegie Medal for best children's book with The Wind on the Moon. He served with the Royal Engineers, then later worked for the War Office in The Second World War, and wrote several official histories of the military campaigns. Later he was commissioned to write the official history of the Korean War. Married to Marjorie MacIntyre, he had four children. He died in 1974.