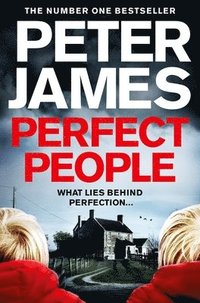 av Peter James
Inbunden Engelska, 2022-05-26
233
Köp
Spara som favorit
Kan levereras innan julafton!
Finns även som
Visa alla 1 format & utgåvor
Perfect People is a compelling and thought-provoking thriller from bestselling author Peter James. It's every parent's worst nightmare... John and Naomi are grieving the death of their four-year-old son from a rare genetic disorder. They desperately want another child, but when they find out they are both carriers of a rogue gene, they realize the odds of their next child contracting the same disease are very high. Then they hear about geneticist Doctor Leo Dettore. He has methods that can spare them the heartache of ever losing another child to any disease - even if his methods cost more than they can afford. But surely a healthy child is worth all the money in the world? His clinic is where their nightmare begins. They should have realized that something was wrong when they saw the list. Choices of eye colour, hair, sporting abilities. They can literally design their child. Is this what they really wanted? Now it's too late to turn back. Naomi is pregnant, and already she knows something is very wrong. . .
Visa hela texten

Known for his fast-paced and gripping stories that thrust regular people into extraordinary situations, Peter James has proven himself to be one of the world's most successful writers, delivering number one bestsellers time and time again. His Superintendent Roy Grace books have been translated into thirty-seven languages with worldwide sales of over twenty-one million copies and seventeen number one Sunday Times bestsellers. The first two novels in the Roy Grace series, Dead Simple and Looking Good Dead, have been adapted for television by Endeavour's Russell Lewis and the first episode aired in 2021.