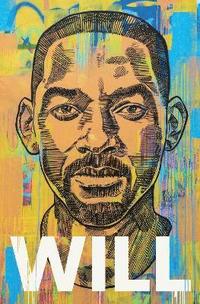 av Will Smith, Mark Manson
(2 röster)
Inbunden Engelska, 2021-11-09
208
Köp
Spara som favorit
Finns även som
Visa alla 3 format & utgåvor
The Instant Sunday Times Bestseller The Instant #1 New York Times Bestseller PRAISE FOR WILL 'The best memoir I ever read' Oprah Winfrey 'If you read one book this year, make it this one' Jay Shetty 'Incredible' Idris Elba 'The book is awesome. So candid and considered...fascinating' Chris Evans 'A triumph...really inspiring, so well written, vulnerable and deep. I highly recommend it' Mindy Kaling 'It's fantastic...very moving' Zoe Ball 'Incredibly honest...inspiring' Greg James 'A wild ride' New York Times 'Raw, comedic, inspirational' GQ One of the most dynamic and globally recognized entertainment forces of our time opens up fully about his life, in a brave and inspiring book that traces his learning curve to a place where outer success, inner happiness, and human connection are aligned. Along the way, Will tells the story in full of one of the most amazing rides through the worlds of music and film that anyone has ever had. Will Smith's transformation from a fearful child in a tense West Philadelphia home to one of the biggest rap stars of his era and then one of the biggest movie stars in Hollywood history, with a string of box office successes that will likely never be broken, is an epic tale of inner transformation and outer triumph, and Will tells it astonishingly well. But it's only half the story. Will Smith thought, with good reason, that he had won at life: not only was his own success unparalleled, his whole family was at the pinnacle of the entertainment world. Only they didn't see it that way: they felt more like star performers in his circus, a seven-days-a-week job they hadn't signed up for. It turned out Will Smith's education wasn't nearly over. This memoir is the product of a profound journey of self-knowledge, a reckoning with all that your will can get you and all that it can leave behind. Written with the help of Mark Manson, author of the multi-million-copy bestseller The Subtle Art of Not Giving a F*ck, Will is the story of how one exceptional man mastered his own emotions, written in a way that can help everyone else do the same. Few of us will know the pressure of performing on the world's biggest stages for the highest of stakes, but we can all understand that the fuel that works for one stage of our journey might have to be changed if we want to make it all the way home. The combination of genuine wisdom of universal value and a life story that is preposterously entertaining, even astonishing, puts Will the book, like its author, in a category by itself. 'Bracingly honest, vivid and compelling ... how an average talent became the biggest movie star in the world' The Times 'The Hollywood star's autobiography is full of indiscretions, drug-fuelled escapades and terrible parenting. Who could ask for more?' Telegraph 'It's not every day a Hollywood A-lister like Will Smith writes his life story - and there are certainly some eye-popping revelations' Sun 'Candid ... digs into the life events which fine-tuned Smith's weapons-grade charisma and steely determination' Observer 'I absolutely loved it...no holds barred...I felt as if Will Smith was talking to me. It's a testament to him and to his family' Lorraine Kelly
Visa hela texten

Raw, comedic, inspirational. * GQ * If you read one book this year, make it this one -- Jay Shetty A wild ride * New York Times * Bracingly honest, vivid and compelling [...] how an average talent became the biggest movie star in the world * The Times * Brilliant * Telegraph *

Will Smith (Author) Will Smith is an actor, producer, and musician, and an Academy Award, Grammy, and NAACP award winner, who has enjoyed a diverse career encompassing films, television shows, and multiplatinum albums. He holds many box office records, including the most consecutive $100 million-grossing movies (eight). He and his wife founded the Will & Jada Smith Family Foundation to improve lives by providing invaluable resources to accelerate the growth of initiatives that focus on deepening individual and collective empowerment in the areas of arts and education, social empowerment, health and wellness, and sustainability. Instagram: @WillSmith Mark Manson (Author) Mark Manson is the #1 New York Times bestselling author of Everything is F*cked: A Book About Hope and The Subtle Art of Not Giving a F*ck: A Counterintuitive Approach to Living a Good Life, the mega-bestseller that reached #1 in fourteen different countries. Mark's books have been translated into more than 50 languages and have sold over 12 million copies worldwide. Mark runs one of the largest personal growth websites in the world, MarkManson.net, a blog with more than two million monthly readers and half a million subscribers. His writing is often described as 'self-help for people who hate self-help' -- a no-BS brand of life advice and cultural commentary that has struck a chord with people around the globe. His writing has appeared in The New York Times, Wall Street Journal, TIME Magazine, Forbes, Vice, CNN, and Vox, among many others. He currently lives in New York City. Instagram: @markmanson Twitter: @IAmMarkManson