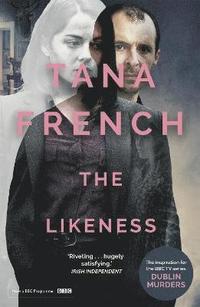 av Tana French
Häftad Engelska, 2019-08-22
129
Köp
Spara som favorit
Skickas inom 5-8 vardagar.
Fri frakt inom Sverige över 159 kr för privatpersoner.
Finns även som
Visa alla 1 format & utgåvor
Still traumatised by her brush with a psychopath, Detective Cassie Maddox transfers out of the Murder squad and starts a relationship with fellow detective Sam O'Neill. When he calls her to the scene of his new case, she is shocked to find that the murdered girl is her double. What's more, her ID shows she is Lexie Madison - the identity Cassie used, years ago, as an undercover detective. With no leads, no suspects and no clues to Lexie's real identity, Cassie's old boss spots the opportunity of a lifetime: send Cassie undercover in her place, to tempt the killer out of hiding to finish the job.
Visa hela texten

Creepily melding elements of Donna Tartt's "The Secret History" . . . THE LIKENESS by Tana French, seduces from the start . . . A nifty tale of desire for belonging, as well as a cool thriller * Time Out * Skilfully written . . . French has a brilliant ear for dialogue . . . in the best tradition of classic crime writers, such as P D James and Ruth Rendell, her characters are fully-rounded people and she is able to layer plots and storylines with a mastery that belies the fact that it is only her second book. * Sunday Independent, Dublin * I can do you no greater favour in life than recommending that you read her books * Guardian * Claustrophobic, conversational, clever and beautifully written * Literary Review * Riveting . . . hugely satisfying * Irish Independent * The most interesting, the most important crime novelist to emerge in the last ten years * Washington Post * French's second foray into the dark world of psychological crime more than proves she's the real deal * Daily Mirror * Slick, sophisticated - and a fine one to devour as the nights draw in . . . if it stirs in you the urge to devour the French originals . . . I promise you will find something even more richly delicious there. -- Lucy Mangan * Guardian *