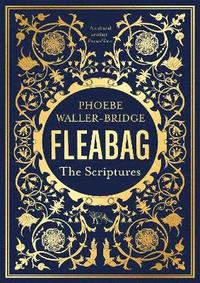 av Phoebe Waller-Bridge
(1 röst)
Häftad Engelska, 2021-05-13
177
Köp
Spara som favorit
Finns även som
Visa alla 1 format & utgåvor
The complete Fleabag. Every Word. Every Side-eye. Every Fox. Fleabag: The Scriptures includes the filming scripts and the never-before-seen stage directions from the Golden Globe, Emmy and BAFTA winning series. 'Perfect' Guardian 'Perfect' Daily Telegraph 'Perfect' Stylist 'Perfect' Independent 'Perfect' Evening Standard 'Perfect' Metro 'Perfect' Irish Times 'Perfect' RTE 'Perfect' Spectator 'Perfect' Refinery29 'Perfect' Catholic Herald 'Perfection' Financial Times *** HAIRDRESSER NO. (pointing to Claire) That is EXACTLY what she asked for. FLEABAG No it's not. We want compensation. HAIRDRESSER Claire? CLAIRE I've got two important meetings and I look like a pencil. HAIRDRESSER NO. Don't blame me for your bad choices. Hair isn't everything. FLEABAG Wow. HAIRDRESSER What? FLEABAG Hair. Is. Everything. We wish it wasn't so we could actually think about something else occasionally. But it is. It's the difference between a good day and a bad day. We're meant to think that it is a symbol of power, a symbol of fertility, some people are exploited for it and it pays your fucking bills. Hair is everything, Anthony.
Visa hela texten

Oh, Fleabag. The hot priest. The pencil haircut. The closing scene. I don't think there has ever been a show that dominated the pop culture conversation and captured the nation's hearts quite like Fleabag. When it was confirmed that the second season would be the final one, a collective mourning was palpable on Twitter and in offices alike. Fortunately, creator Phoebe Waller-Bridge keeps giving us a little more...And now we have a book to clutch: Fleabag: The Scriptures is filled with the filming scripts, stage directions and new writing from PWB herself. It's a sacred text, if ever there was one. * Red Magazine * Featuring an insight into the show's delightfully funny stage directions and a number of previously unheard set secrets, this collection of scripts and behind-the-scenes notes from Phoebe Waller-Bridge is a must read for fans * The I * There's a good reason television screenplays aren't often sold as mainstream books - "Man enters room, looks around" isn't necessarily soul-capturing stuff. But it's worth making an exception for Phoebe Waller-Bridge's Fleabag: The Scriptures, naughtily bound to look like an old Bible. The show confirmed her skills as a comic actress, but seeing the words in black and white crystallises her brilliance as a writer who can so expertly build the comedy of a scene to bursting point. It's often very moving, too * Evening Standard * It was with scepticism that I picked up this volume . . . Then I read it. Bliss. The scripts are written with such precise technical skill that it is a pleasure and an education to see their workings . . . It's a fun exercise to overlap in your mind the sound, the rhythm of the edit and the performances as you read these scripts, highly controlled though they are . . . Occasionally mumblings can be deciphered, script in hand, and ad-libs that aren't in the script identified. A good study of the moments of genius . . . Perhaps Fleabag is best left to speak for itself. Scripts as Scriptures. Amen * Spectator *

Phoebe Waller-Bridge is a multi-award-winning actor, writer, creator and showrunner. She is the writer and performer of Fleabag, which debuted at the Edinburgh Festival Fringe as a one-woman show in 2013, followed by award-winning London and New York runs. Fleabag was adapted into a critically acclaimed BBC Three television series, for which Waller-Bridge won a BAFTA for Best Female Performance in a Comedy Program.