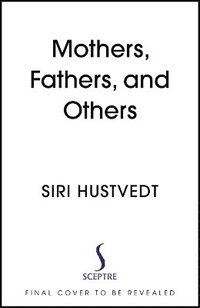 Mothers, Fathers, and Others

av Siri Hustvedt
Inbunden Engelska, 2021-12-02
228
Köp
Spara som favorit
Finns även som
Visa alla 4 format & utgåvor
'It is Hustvedt's gift to write with exemplary clarity of what is by necessity unclear.' Hilary Mantel, Guardian Feminist philosophy meets family memoir in a fresh essay collection by the award-winning essayist and novelist Siri Hustvedt, author of the bestselling What I Loved and Booker Prize-longlisted The Blazing World. Siri Hustvedt's relentlessly curious mind and expansive intellect are on full display in this stunning new collection of essays, whose subjects range from the nature of memory and time to what we inherit from our parents, the power of art during tragedy, misogyny, motherhood, neuroscience, and the books we turn to during a pandemic. Drawing on family history as well as her own life and experiences, she examines the porousness of borders of all kinds in a masterful intellectual journey that is at once personal and universal. Ultimately, Mothers, Fathers, and Others reminds us that the boundaries we take for granted-between ourselves and others, between art and viewer-are far less stable than we imagine.
Visa hela texten

Memoir, psychoanalysis, feminist theory and literary criticism combine in a thoughtful essay collection . . . Now, as issues of surrogacy and trans motherhood pose fresh challenges, feminism's confrontation with the issue feels newly urgent. Siri Hustvedt joins the fray with a mixture of directness and obliqueness. She takes on motherhood from every direction, combining memoir with ethnography, the history of science and psychoanalysis, literary and art criticism. -- Lara Feigel * Guardian * American novelist and feminist philosopher Siri Hustvedt is a wonderful essayist, equally at ease discussing the thoughts of Plato or the lyrics of Tom Waits. Her new collection is replete with personal history and recollection, and sparkles with small descriptive gems. -- Martin Chilton * Independent * Dizzyingly flexible, deeply human, often funny, Mothers, Fathers, and Others blasts aside our preconceptions and urges us to see the world as it is. -- Emily Watkins * i * In precise yet luxuriant prose Hustvedt uses her family history to explore questions of memory and identity. -- Sophie McBain * New Statesman * Ranging from portraits of her family, through female artists and authors, to the sometimes disturbing eruptions of the male psyche, this is an extremely well-written exploration of the hinterland of a modern feminist. More than once, I found myself comparing her analyses to Socratic dialogues, and there can be no higher praise than that. -- Chris Nancollas * Tablet * Mothers, Fathers, and Others, showcases a wonderfully relaxed erudition. Blending family memoir and feminist philosophy, its subjects include misogyny, motherhood and what we inherit from our parents -- Alex Peake-Tomkinson * The i * Siri Hustvedt takes feminist discourse to a new level . . . a powerful collection with an impressive variety of disciplines through whose prism the themes of art, motherhood, neuroscience, misogyny and sex are revealed. It is an engaging and educational read that makes a valuable contribution to contemporary feminist discourse. -- Elizaveta Kolesova * The Upcoming * Another outstanding compilation of essays from Hustvedt. As in her previous standout collections, the author shares personal, familial stories as well as incisive ruminations on a breadth of literary, political, arcane, and germane subjects . . . Although each essay is a stand-alone piece, their cumulative effect is staggering. Themes related to sexual hierarchies abound . . . The author, one of our most appealing literary polymaths, quotes innumerable resources, and she maintains a pleasingly nuanced balance between striking originality and intellectual synthesis . . . Brilliant and utterly transfixing. * Kirkus Reviews *

Siri Hustvedt is the author of seven novels including the international besteller What I Loved, The Blazing World, which was longlisted for the Man Booker Prize and won the Los Angeles Times Book Prize for Fiction, and Memories of the Future, as well as five collections of essays: Yonder, Mysteries of the Rectangle: Essays on Painting, A Plea for Eros, Living, Thinking, Looking and A Woman Looking at Men Looking at Women. She has also published a poetry collection, Reading To You, and the memoir The Shaking Woman or A History of My Nerves. Hustvedt has won the International Gabarron Prize for Thought and Humanities and the European Essay Prize for her essay The Delusions of Certainty. She is a Lecturer in Psychiatry at Weill Cornell Medical College and has written on art for the New York Times and the Daily Telegraph. Born in Minnesota, Siri Hustvedt lives in Brooklyn, New York.