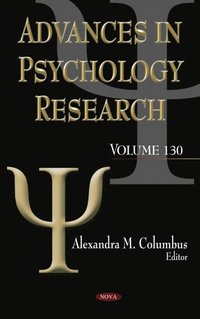 av Bertalan Dudas
E-bok (PDF - DRM), Engelska, 2014-08-01
3649
Ladda ned
Spara som favorit
Laddas ned direkt
Läs i vår app för iPhone, iPad och Android
Finns även som
Visa alla 1 format & utgåvor
The catecholaminergic system is one of the most studied neurotransmitter systems in the central nervous system. Since the original studies of Dahlstroem and Fuxe in the mid-60s, when they mapped the pattern of monoaminergic neurons using formaldehyde-induced flourescence technique developed by Falck and Hillarp, the distribution and the biological roles of catecholamines have been in the center of interest. It is clear now that catecholaminergic transmission not only plays a pivotal role in the modulation of stress response, but is also involved in numerous cortical functions, such as cognition, memory, learning, mood and behavior. Additionally, the catecholaminergic system appears to control vital hypothalamic functions. Several physiological processes, including growth, sexual regulation, and salt and water balance are regulated by catecholamines, either directly or via complex circuitries involving numerous neurotransmitter/neuroregulator systems. Both the involvement of catecholamines in Alzheimer's and Parkinson's diseases and their pivotal roles in schizophrenia and manic depression place these neurotransmitters in the focus of drug development that aims to address neurodegenerative disorders and psychiatric conditions. The present book attempts to give the reader a synopsis of the physiology and pathology of these important catecholaminergic functions.
Visa hela texten