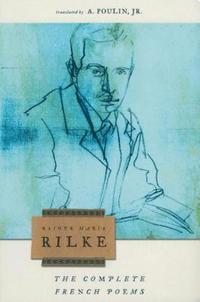 av Rainer Maria Rilke
Häftad Engelska, 2003-11-01
219
Köp
Spara som favorit
It isn't widely known that Rilke, who ranked as one of the finest writers for his work in German, also wrote over 400 poems in French. The French poems were written toward the end of Rilke's life, after producing his masterworks, the Duino Elegies and The Sonnets to Orpheus. The French poems give new significance and dimension to Rilke's cannon.' - Chicago Sun Times'
Visa hela texten

"These are poems of meticulous insight and feeling, rather than the grand themes of universal order and worldly destiny found in Rilke's earlier German work. As such, almost as intellectual ballast, the French poems give new significance and dimension to Rilke's canon." --Chicago Sun Times "[Poulin] is a deft translator, with sympathy for Rilke's ideas and a nice sense of the rhythm of lines." --The Washington Post "Rilke's French poems are refined and subtle. Some of them mirror his exuberance and his relief that once again he was able to write, while in others there lingers a trace of persistent sadness, as in the verses addressed to a rose: 'You are left / with us now, sharing, / desperately, this life, this life / where you don't belong.' Poulin's English versions capture the essence of the originals, and they are also graceful renditions of their rhythms. The convenience of finding all of Rilke's French poems in one book adds to the attractiveness of this new collection." --Independent Publisher "Delight is certainly the feeling one gets from this first comprehensive collection of Rilke's French poetry in translation. Poulin gives us the French and English on facing pages, enabling us to luxuriate in the grace and elegance of Rilke's late repose." --Islander Books

Rainer Maria Rilke was born in Prague in 1875 and traveled throughout Europe for much of his adult life, returning frequently to Paris. There he came under the influence of the sculptor Auguste Rodin and produced much of his finest verse, most notably the two volumes of New Poems as well as the great modernist novel The Notebooks of Malte Laurids Brigge. Among his other books of poems are The Book of Images and The Book of Hours. He lived the last years of his life in Switzerland, where he completed his two poetic masterworks, the Duino Elegies and Sonnets to Orpheus. He died of leukemia in December 1926. The acclaimed poet, translator, critic, and publisher A. Poulin, Jr., was born in Maine in 1938. A Professor of English at the State University of New York College of Brockport, he received a translator's grant from The National Endowment for the Arts, among many other honors. His books include In Advent: Poems; A. Poulin, Jr., Selected Poems; and the widely used textbook Contemporary American Poetry, which he edited. Poulin was also the founding editor/publisher of BOA Editions. He died in 1996.