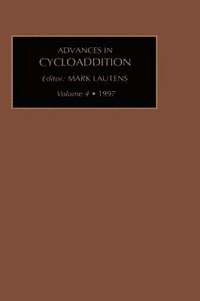 Professor Michael Harmata graduated from the University of Illinois-Chicago with honors and highest distinction in chemistry.

In 1980, he began graduate studies in chemistry at the University of Illinois-Champaign/Urbana where he was awarded a University Teaching Fellowship. He worked with Professor Scott E. Denmark on the invention of the carbanion-accelerated Claisen rearrangement. In his second year of study, he was awarded an Eastman Kodak Research Fellowship.

Upon graduation in 1985, he was awarded an NIH postdoctoral fellowship which he used to study with Professor Paul A. Wender at Stanford University, where he worked on the synthesis of the neocarzinostatin chromophore.

In 1986, Prof. Harmata began his independent career at the University of Missouri-Columbia. He became an Associate Professor in 1992 and a full professor in 1998. In 2000, he was named the Norman Rabjohn Distinguished Professor of Chemistry in recognition of his achievements in research and teaching. In 1998, he received a research fellowship from the Alexander von Humboldt Foundation and stayed for a year at the University of Gttingen where he was affiliated with the groups of Professors Reinhard Brckner and Lutz. F. Tietze. In 2000, he served as chair of the Gordon conference on Organic Reactions and Processes. In 2010, he was named the first Justus Liebig Professor of Chemistry at the Justus Liebig niversitt in Giessen, Germany. In 2011, he was a JSPS fellow. He has been a visiting professor in Giessen and Strasbourg and has delivered over 180 invited lectures in the United States and Europe. He is a member of the American Chemical Society, Gesellschaft Deutscher Chemiker, International Society of Heterocyclic Chemistry, and the Alexander von Humboldt Association of America.