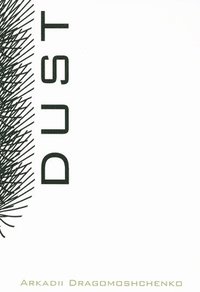 av Arkadii Dragomoshchenko
Häftad Engelska, 2009-01-29
113
Köp
Spara som favorit
Arkadii Dragomoshchenko, Russia's leading founder of Language poetry, in his new collection of essays fuses seemingly disparate elements of poetry, philosophy, journalism, and prose in an attempt to capture the workings of memory. At stake is not what he writes about-whether memory, Gertrude Stein, immortality, or a walk on Nevsky Prospect-but how he writes it. Formally, Dragomoshchenko never tires of digression, creating playful games of patience and anticipation for his reader. In so doing, he pushes story and closure into the background-arriving, finally, but not to a destination. Ultimately, Dragomoshchenko "carefully seeks out the dust of traces from the period of oblivion," which evidently lead to the oblivion of minds.
Visa hela texten

"Arkadii Dragomoshchenko is an eloquent essayist and poet." "Dragomoshchenko is a whirlwind of words, tender expressions, fierce gestures, piercing glances." -- Matvei Yankelevich "Dragomoshchenko, one of a new generation of younger Russian writers, is an original, though his writing shows the influence of the Russian poets of the early 20th century, of more contemporary Western writers, and of philosophers in particular. His imagery can be breathtaking." "Full of vitality as well as profundity, and resonating with something I can only term friendship, these meditations/memoirs belong to the great tradition of metaphysical prose, alongside the works of Nietzsche, Shklovsky, Kierkegaard, and Toufic." -- Lyn Hejinian

Arkadii Dragomoshchenko is a poet, prose writer, and translator. He was born in 1946 and studied philology and the theory of theatre in different universities. He has been a recipient of numerous Russian and international literary awards, including the Andrey Bely award for prose writing in 1978 and the Postmodern Culture electronic journal award in 1995. Several of his books of poetry (such as Description and Xenia) and prose (Phosphor and Under Suspicion) have been translated into various languages, including English. He himself is a noted translator of American poetry and a literary magazine editor, and has taught at St. Petersburg University, the University of California at San Diego, and Suny Buffalo. He lives in St. Petersburg. Viktor Shklovsky (1893-1984) was a leading figure in the Russian Formalist movement of the 1920s and had a profound effect on twentieth-century Russian literature. Several of his books have been translated into English, including "Zoo, or Letters Not about Love, Third Factory, Theory of Prose, A Sentimental Journey, Energy of Delusion", and "Literature and Cinematography", and "Bowstring".