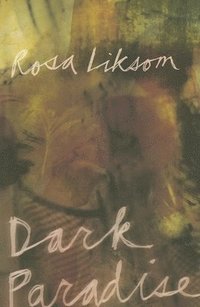 av Rosa Liksom
Häftad Engelska, 2006-06-01
115
Köp
Spara som favorit
Skickas inom 7-10 vardagar.
Gratis frakt inom Sverige över 159 kr för privatpersoner.
A man murders a grocer over fifteen cents-but in the sharp, icy prose and detached tone that defines this collection, his crime seems neither sensational nor entirely reprehensible. Rosa Liksom populates a world of snow-covered landscapes, antiseptic apartments, fish factories, and lumber camps with the obsessive, the violent, and the unhinged. A woman refuses to leave prison until she has served her entire sentence. A man obsessively cleans his apartment as his life moves on around him. A woman kills her new husband over his neediness and inability to leave their bed. The stark lives and actions of these characters are infused with an emotional intimacy that draws the reader into uncomfortable empathy with the extremity of their deeds.
Visa hela texten

What are we to make of the title Dark Paradise? Addiction, madness, murder, suicide, and general sordidness suffuse the tiny character vignettes of which it consists. Grace flares only weakly in the general gloom. On Christmas Day, a man blunders up a hill-"perhaps there he would see himself more clearly"-falls asleep in an ice storm, and wakes with a lightened heart, somehow. The target of a failed rape takes her assailant home for sex; when he wakes, she's gone, and he leaves. A girl picks up a photo discarded on a beach and, in bed that night, kisses it. Those three sketches of meager satisfactions are as cheery as the collection gets. Like the rest, they are highly wrought, utterly nonjudgmental and noncommital; not a word is wasted, much less an emotion. So much for their darkness. Perhaps the advanced welfare state in which the poor, ill-educated, often stupid characters live and mostly don't work is the paradise of the title. If it is, then this is savage satire indeed, more misanthropic than antiliberal. -- Ray Olson * Booklist * "Ever felt like sticking a knife in somebody? Rosa Liksom does it all the time. OK, only in prose, but tearless prose." --Guardian "As a short story writer Rosa Liksom is one of the most promising for many years in Finnish literature." --Books from Finland "Reading this collection by post-feminist, post-modernist, post-punk Rosa Liksom is like being spat at: unpleasant, but shockingly memorable. . . . Short, sharp shocks for modern life." --Insight Books

Rosa Liksom was born in Lapland in 1958. She is the author of six books, script writer, performance artist and painter. Her paintings have been exhibited in New York, Moscow and Reykjavik. She lives in Helsinki where she works as a bartender. Her short fictions have been translated into the major European languages - this is their first appearance in English. David McDuff is a British translator, editor and literary critic.