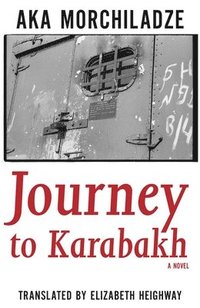 Aka Morchiladze, born in 1966 in Tbilisi, is one of the most respected writers in Georgia. He studied and later taught Georgian history at Tbilisi State University, worked as a sports journalist, and hosted a television show on contemporary literature. He is the author twenty novels and three books of short stories, from which numerous plays and films have been adapted. He currently lives and works in London. Elizabeth Heighway holds a BA in Philosophy and Modern Languages from the University of Oxford and is currently studying for an MA in Translation Studies at the University of Birmingham. She translates from Georgian and French.