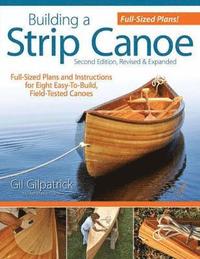 There are many things I want to do in my lifetime. I can check off skydiving, writing a book, and a few others that I've counted myself fortunate enough to complete, but still there are more. I grew up in Florida, and I was lucky enough to have access to a number of rivers, a few bayous, and, of course, the Gulf of Mexico. During my high school days, one of my favorite summer activities was canoeing. I spent many days on Coldwater River or Blackwater River either with friends or solo (often on an ocean kayak because it was lighter and more fun to me). I will never forget one summer day by myself on Coldwater (frigid water year round) when I quietly rounded a bend on the water and came face-to-face with a mother bobcat that had come out from the woods with her two babies to drink from the river. She looked at me and gave the scariest deep growl/screech I'd ever heard - I think I almost flipped my canoe trying to get back out into the center of the river. She scurried away, but my heart was pounding an hour later. Another time I was out by myself was right after some major storms. I would often show up at the canoe outfitter north of town around 8am or 9am to get on the river before the crowds. On this particular day, I had asked them to drop me off about 15 miles north of the outfitter's final stop, considered The Day Trip. Probably thirty minutes down the river, I ran into a series of downed trees that completely crossed the river, forcing me to climb out of the canoe while standing on foot wide tree trunks. The tree line was too thick to try to go around the trees by pulling the canoe through the woods, so I was forced to carefully pull, push, and slide the canoe and my supplies over three or four trees that moved up and down in the water under my weight. When I finished the route about 7 or 8 hours later, I informed the outfitter about the trees and was told they'd dropped off about 30 other people at the same starting point, many with larger coolers and kids. Bad day for canoers. I haven't been canoeing in a few years, but I've got two boys, ages 2 and 5, who I hope will get a chance to do some canoeing on those same rivers someday. But before I take them, one thing I've always wanted to do is to build my own canoe. Specifically, a cedar strip canoe. I'm thinking an 18 foot flat hull might be nice for a trip with the boys. Maybe even a few handmade paddles to match. But I'm getting ahead of myself first, I need to actually figure out how to build one. And for that, I'm going to be eternally grateful to Gil Gilpatrick. Gil's been a guide in Maine for over 30 years, having carried his share of tourists down rivers galore. But it's not his river skills that I need right now (although he's got those in spades). What I need are his detailed instructions for constructing my own canoe, all covered in his book, Building A Strip Canoe, 2nd Edition. Before I tell you a bit more about this book, let me tell you that I've spent hours and hours hunting down techniques and discussions on the Internet related to building canoes. There's a lot out there, believe me. You'll find dozens of differing techniques and conflicting advice. It's a mess out there. But if you pay careful attention to many commenters and builders and check out who they often refer back to it's Gil Gilpatrick. When I started noticing his name on many websites, I quickly discovered that many canoe builders who have documented their own builds used the instructions provided by Gilpatrick. Be aware that many of Gilpatrick's earlier books, including the first edition to this book, are difficult to find or expensive to obtain. I tell you this only because if you ever think you might want to build your own canoe, now is the time to grab a copy of this book before it too becomes difficult to find. This one is in full color, and it even comes with removable templates in the back of the book for cutting out the patterns used to shape the eight different canoes he covers in this

Gil Gilpatrick has been a Master Maine Guide for over 40 years and taught Outdoor Resources at the Skowhegan Vocational Center in Maine for nearly 30 years. He has written extensively about his experiences in the outdoors and his knowledge of how to build outdoor equipment.