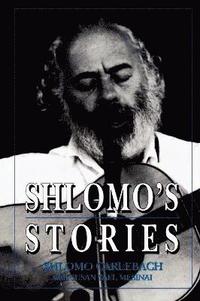 The stories assembled in this anthology are among the favorite hasidic tales told by Rabbi Shlomo Carlebach since his career as a teacher, musician, composer, and storyteller began in the mid-1950s. Internationally famed as a performer and the father of modern hasidic music, Rabbi Carlebach first emerged as a master in his own right when he established the House of Love and Prayer in San Francisco in 1967. Among the first to draw thousands of young people back to Judaism, he initiated a movement that now extends worldwide. While Rabbi Carlebach is best known for his teachings and his creative talents as a musician/composer, his gift as a storyteller has received acclaim in New Age retreats, storytelling seminars, and concerts throughout the world where Jew and non-Jew alike have been drawn to these stories and to their wisdom. -- Susan Yael Mesinai Storytelling is a time-honored means of teaching religion. Susan Yael Mesinai, translator and editor of famous American rabbi/folksinger Shlomo Carlebach's tales, has performed a service in presenting them to a much wider audience here. These stories reveal the mundane and spiritual lives of human beings struggling to make sense of their chaotic experiences. A common thread links them: the idea that faith gives meaning and purpose to ordinary existence. Shlomo's stories-each a sermon in itself-can evoke a responsive chord in anyone. While the themes are primarily Jewish, the stories impart universal religious truths. They suggest that life lived according to basic religious tenets results in good fortune now and joy in the hereafter. They are also literature, employing direct language to convey their message. A glossary of Yiddish terms (Carlebach uses many in his storytelling) removes any possible barriers and provides Mesinai a perfect vehicle for retaining the flavor as well as the linguistic richness of the stories. This book should delight people of all ages and beliefs. * Publishers Weekly *

The late Rabbi Shlomo Carlebach was one of the best loved hasidic teachers and songwriters of the twentieth century. Susan Yael Mesinai