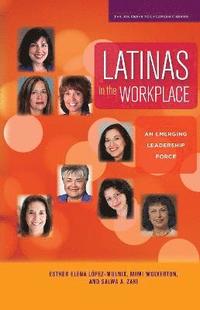 Latinas in the Workplace

av Mimi Wolverton, Salwa A Zaki, Esther Elena Lopez-Mulnix
Inbunden Engelska, 2011-03-30
1359
Köp
Spara som favorit
Finns även som
Visa alla 1 format & utgåvor
Latinas in the Workplace highlights the stories of eight exceptional women. It is the third book in the Journeys to Leadership series that features stories about extraordinary women who have found paths to success in male-dominated arenas. Even though each took a different route to success, these women share an overarching, almost implicit, understanding of what they aspired to: the freedom to choose where and how to invest time and energy, to establish professional and personal balance, and enjoy the luxury of defining that balance. Despite their different professional aspirations, their journeys are rooted in similar ground tilled long before they entered the work world--a strong sense of family, influential religious traditions, and formidable ties to their cultural heritage. The eight Latinas showcased in this book - a foundation president, two business CEOs, a doctor, a former college president, a teacher and author, and two school superintendents - grew up with a determination to get educated that was fostered by parents and grandparents. All of them hold advanced degrees. Engrained in each of them is a sense of honor, the need to treat others with respect, and an inner strength--qualities nurtured by family members. While each had to contend with negative forces, whether from within or outside their culture, and drew strength from the experience, they also acknowledge that being able to navigate two cultures, and being bilingual, has given them a unique perspective and two distinct ways of dealing with people. Although Latinos constitute one of the fastest growing segments of our population, these Latina leaders represent a relatively small percentage of women in leadership in the United States. They hope that their stories inspire not only their contemporaries but the next generation of Latinas as well. The women profiled in this book are: Sarita Brown, President, Excelencia in Education Tina Cordova, President, Queston Construction Sally Garza Fernandez, President, Fernandez Group Carmella Franco, Superintendent, Woodland California School District Christine Johnson, former President, Community College of Denver Thelma Lopez-Lira, M.D. Darline Robles, Executive Officer for the Los Angeles County Office of Education Beatriz Salcedo-Strumpf, Author and Instructor at the State University of New York in Oswego
Visa hela texten

Esther Elena Lopez-Mulnix is an associate professor and program director for Mental Health Counseling at Mercy College in Dobbs Ferry, New York. Mimi Wolverton graduated from Northern Illinois University with an undergraduate degree in mathematics and a minor in geology in 1967. She encountered no women on the faculty in either department. That year, women in STEM disciplines (science, technology, engineering, and mathematics) accounted for 8 percent of PhDs. and less than 25 percent of baccalaureate degrees. After working a number of years in heavy construction, she earned both an MBA and a PhD in education leadership and policy studies at Arizona State University and spent several years in academia, retiring in 2007 as a full professor. Salwa A. Zaki is an elementary school principal in Nevada.