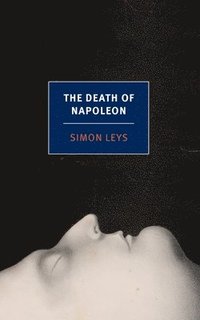 The Death Of Napoleon

av Patricia Clancy, Simon Leys
Häftad Engelska, 2015-06-11
199
Köp
Spara som favorit
Skickas inom 3-6 vardagar.
Fri frakt inom Sverige för privatpersoner.
As he bore a vague resemblance to the Emperor, the sailors on board the Hermann-Augustus Stoeffer had nicknamed him Napoleon. And so, for convenience, that is what we shall call him. Besides, he was Napoleon. . . . Napoleon has escaped from St. Helena, leaving a double behind him. Now disguised as the cabin hand Eugène Lenormand and enduring the mockery of the crew (Na po leon, they laughingly nickname the pudgy, hopelessly clumsy little man), he is on his way back to Europe, ready to make contact with the huge secret organization that will return him to power. But then the ship on which he sails is rerouted from Bordeaux to Antwerp. When Napoleon disembarks, he is on his own. He revisits the battlefield of Waterloo, now a tourist destination. He makes his way to Paris. Mistakes, misunderstandings, and mishaps conduct our puzzled hero deeper and deeper into the mystery of Napoleon.
Visa hela texten

Bloggat om The Death Of Napoleon