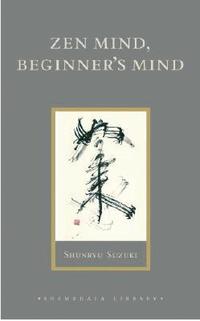 " One of the best and most succinct introductions to Zen practice. " -- Library Journal <br> & quot; This is one of the top five Buddhist books, ever.& quot; -- Elephant

Shunryu Suzuki (1904-1971) was one of the most influential spiritual teachers of the twentieth century and is truly a founding father of Zen in America. A Japanese priest of the Soto lineage, he taught in the United States from 1959 until his death. He was the founder of the San Francisco Zen Center and the Tassajara Zen Mountain Center. He is also the author of Branching Streams Flow in the Darkness: Zen Talks on the Sandokai, and he is the subject of the biography Crooked Cucumber by David Chadwick.