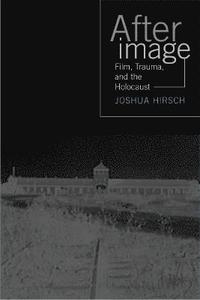 Film, Trauma And The Holocaust

av Joshua Hirsch
Häftad Engelska, 2003-12-01
269
Köp
Spara som favorit
Skickas inom 10-15 vardagar.
Fri frakt inom Sverige för privatpersoner.
Finns även som
Visa alla 2 format & utgåvor
The appearance of Alain Resnais' 1955 French documentary Night and Fog heralded the beginning of a new form of cinema, one that used the narrative techniques of modernism to provoke a new historical consciousness. Afterimage presents a theory of posttraumatic film based on the encounter between cinema and the Holocaust. Locating its origin in the vivid shock of wartime footage, Afterimage focuses on a group of crucial documentary and fiction films that were pivotal to the spread of this cinematic form across different nations and genres.Joshua Hirsch explores the changes in documentary brought about by cinema verite, culminating in Shoah. He then turns to teh appearance of a fictional posttraumatic cinema, tracing its development through the vivid flashbacks in Resnais' Hiroshima, mon amour to the portrayal of pain and memory in Pawnbroker. He excavates a posttraumatic autobiography in three early films by the Hungarian Istvan Szabo. Finally, Hirsch examines the effects of postmodernism on posttraumatic cinema, looking at Schindler's List and a work about a different form of historical trauma, History and Memory, a videotape dealing with the internment of Japanese Americans during the Second World War. Sweeping in its scope, Afterimage presents a new way of thinking about film and history, trauma and its representation.
Visa hela texten

"Hirsch blends a sophisticated formal analysis with a deep understanding of the cultural and philosophical implications of the films he considers... [h]is work provides an exciting avenue for wider studies of Holocaust art."-Journal of Jewish Studies "[E]xtensive and exhaustive."-Multicultural Review "This timely book explores in depth the way a set of exemplary documentary and fictional films contributed to a posttraumatic historical consciousness in the aftermath of the Holocaust. The value of Hirsch's well-informed and critically self-reflective account is enhanced by the fact that he treats films that crossed the boundary between avant-garde and mainstream culture, not only inevitable reference points such as Shoah and Night and Fog but also less discussed films such as The Pawnbroker and the important work of Istvan Szabo."-Dominick LaCapra, Bryce and Edith M. Bowmar Professor of Humanistic Studies, Cornell University "Film and the Holocaust are initially linked in footage of a massacre of Jews in Latvia filmed by Reinhard Wiener in 1941. From that short set of images the medium becomes the primary means of the Western representation and comprehension of this incomprehensible moment in history. From documentaries to feature films, in Europe and in Hollywood, the Holocaust became one of the central topics of the modern cinema. Joshua Hirsch illustrates this brilliantly in his book on the image and afterimage of the Holocaust. It is readable, intelligent, and leaves room for much thought and contemplation."-Sander L. Gilman, author of Jewish Frontiers "While much has been written on the question of film and the Holocaust, Joshua Hirsch's thoughtful and lucid analysis breaks new ground. In the course of theorizing a posttraumatic cinema, he raises important issues regarding the politics of representation, the nature of documentary, and, most compellingly, the relationship between movies and history."-J. Hoberman, film critic, The Village Voice and author of Bridge of Light: Yiddish Film Between Two Worlds