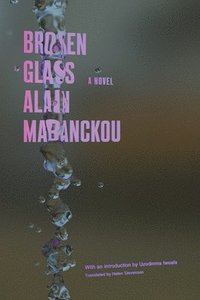 av Alain Mabanckou
Häftad Engelska, 2018-10-25
179
Köp
Spara som favorit
Skickas inom 5-8 vardagar.
Fri frakt inom Sverige för privatpersoner.
Finns även som
Visa alla 2 format & utgåvor
"A man sits in a bar, ruminating on his own failures and conversing with an ensemble of memorable characters that pass in and out of the same space. It's archetypal stuff, but Mabanckou transforms it into a work that intimately inhabits its narrator's mind even as it makes a host of bold literary allusions, from Paul Laurence Dunbar to Eugene Ionesco. A new introduction to this edition by Uzodinma Iweala offers varied and nuanced insights into the novel's themes as well as the initial reception it received when it first appeared in translation." --Words Without Borders In Republic of the Congo, in the town of Trois-Cents, in a bar called Credit Gone West, a former schoolteacher known as Broken Glass drinks red wine and records the stories of the bar and its regulars, including Stubborn Snail, the owner, who must battle church people, ex-alcoholics, tribal leaders, and thugs set on destroying him and his business; the Printer, who had his respectable life in France ruined by a white woman, his wife; Robinette, who could outdrink and outpiss any man until a skinny-legged stranger challenged her reign; and Broken Glass himself, whose own tale involves as much heartbreak, squalor, disappointment, and delusion. A brand-new edition of an irreverent, allusive, scatalogical, tragicomic masterpiece from one of our greatest living Francophone writers.
Visa hela texten

Praise for Broken Glass The Guardian, 1 of 100 Best Books of the 21st Century "Whatever else might be in short supply in the Congo depicted by Alain Mabanckou, imagination and wit aren't . . . Broken Glass is a whistlestop tour of French literature and civilization, and if you don't know your Marivaux, your Chateaubriand, your ENAs and Weston shoes you'll miss a lot of the gags ("a quarrel of Brest," anyone?)--but don't worry, there are still plenty left. It's not just French writers who make an appearance. That arch navel-gazer Holden Caulfield . . . has a walk-on part, and Broken Glass ends "we'll meet again, in the other world, Holden, we'll have a drink together . . . I'll tell you what they do with the poor little ducks in cold countries during winter time." Although its cultural and intertextual musings could fuel innumerable doctorates, the real meat of Broken Glass is its comic brio, and Mabanckou's jokes work the whole spectrum of humour . . . Much of the writing from Africa (or at least most of the stuff we get to see) is of an earnest or grim character, and it makes a pleasant change to encounter a writer who isn't afraid of a laugh." --Tibor Fischer, The Guardian "This is not cute Africa, as described by Alexander McCall Smith . . . Mabanckou is one of Africa's liveliest and most original voices, and this novel pulses with energy and invention." --The Times of London "Broken Glass has a loud and living voice, an almost overwhelmingly singular style masterfully translated with dedicated consistency by Helen Stevenson, with fireworks on every page, and expertly navigates its many unapologetically human projects. It casts a bright, honest light on its subjects, and asks questions that are democratic, serious, and perilous for those in power: Whose stories are worth telling? And who gets to tell those stories? All of this even as Mabanckou beautifully, subtly, sadly, and, yes, redemptively tells the story of a narrator grieving from the bottom of a bottle. The book is profoundly literary, bouncingly readable, funny, heartbreaking, obscene, fierce, and restorative. It's a book of love, really. Tough love. What more could you want from a masterpiece?" --Scott Cheshire, Los Angeles Review of Books "Set in a sad-sack Congolese bar called Credit Gone West, this ingeniously satirical novel by Congolese poet and novelist Mabanckou (African Psycho) creates a microcosm of postcolonial African experience through the tales of sodden bar patrons. . . . Literary allusions (Holden Caulfield has a cameo) and gentle ironies punctuate this wickedly entertaining novel." --Publishers Weekly (starred review) "It is the author's sense of humor--and he can find humor in even the most tragic or vulgar circumstances--that makes Broken Glass a memorable and successful novel." --Booklist "This novel is, among other things, an idiosyncratic and raucously impertinent tour of the Western canon . . . It's also worth noting that, unlike many authors who might be called experimental, Mabanckou is funny, and his Rabelaisian riffs are a brilliant counterpoint to the real despair and dysfunction he depicts. Important, entertaining and subtly moving."--Kirkus Reviews "A dizzying combination of erudition, bawdy humor and linguistic effervescence." --Melissa McClements, Financial Times "A welcome reissue for anyone to trace the author's present success. Throughout the text lie hallmarks of Mabanckou's career, and in tandem with The Lights of Pointe-Noire, Broken Glass is one of the best jumping-off points to explore the auteur." --Daniel Bokemper, World Literature Today "Mabanckou . . . positions himself at the margins, tapping the tradition founded by Celine, Genet and other subversive writers. His bursts of grandiloquent magical realism are a promising approach for a region where realism and naturalism have become blunted i

Alain Mabanckou is a novelist, journalist, poet, and academic. A French citizen born in Republic of the Congo, he currently lives in Los Angeles, where he teaches literature and creative writing at UCLA. His books include African Psycho, Letter to Jimmy, Black Bazaar, Tomorrow I'll Be Twenty, The Lights of Pointe-Noire, and Black Moses. Mabanckou has twice been a finalist for the Man Booker International Prize, in 2015 and 2017.