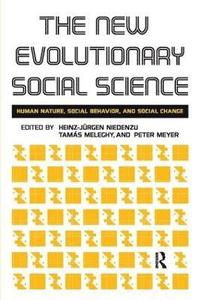 "A sociology conference held at the University of Innsbruck, Austria in June 2006 revolved around Stephen K. Sanderson's The Evolution of Human Sociality (2001). The 17 papers that survived to publication introduce the anthology, then look at Darwinian conflict theory and its critics and diverse applications of evolutionary theory in sociology. The topics include metaphysical materialism, cooperation without coercion, the missing link between structuralism and sociobiology, the uneven match between Emile Durkheim and Edward Westermarch, and the two transitions in the evolution of human sociality. Sanderson himself offers reflections and final thought. ." --Eithne O'Leyne, October 2011 Reference and Research Book News